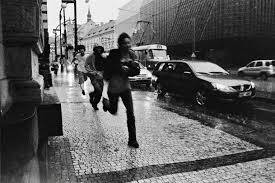 Janet Vertesi’s “How I Hid My Pregnancy from Big Data” story went viral on multiple media outlets in spring 2014. And for good reason.

Janet Vertesi’s “How I Hid My Pregnancy from Big Data” story went viral on multiple media outlets in spring 2014. And for good reason. After all, Vertesi’s epic data bullet-dodging tale was indeed impressive – involving defriending anyone on social media who made even the slightest mention of a baby on her wall or in a message, using so much cash that stores flagged her as a threat and downloading Tor technology popular for black market trading in order to browse the Internet sans tracking.

In the end, Vertesi received zero targeted ads, zero mailed flyers, zero marketing at all toward her impending life change that would alter every single one of her purchase behaviors for at least the next 18 years.

She did it guys, albeit with an insane amount of concerted effort. She avoided the big data bots. Yet, essentially no one else has been able to do so and it’s highly likely that before we see the first light of 2015, to do so will be impossible – concerted effort and all.

As it turns out, you’re producing more data than you realize, and no, not just because you haven’t updated your Facebook privacy settings in however long. Data collection is taking place everywhere you look, and few industries have been untouched by the trend. Whether you’re mailing a letter or simply driving your new car, your behavioral data is being collected, and possibly tracked.

To address this collection of data at scale sans user notification, the White House and multiple data collection companies are championing data democracy – saying over and over again that data privacy, protection and use transparency are essential.

Of course, that doesn’t mean everyone is following the same data best practices. Here are a few off-the-wall ways your data is being collected, stored and tracked:

The postal service takes a photo of every single piece of mail that goes out, and sends that digitized information to law enforcement, as reported by a New York Times article in 2013. The Mail Isolation Control and Tracking program began in 2001 after the deaths of five people due to anthrax attacks. Since then, the program has been expanded to cover all parcels, and few are disputing the exact implications.

“In the past, mail covers were used when you had a reason to suspect someone of a crime,” Mark D. Rasch told the New York Times. “Now it seems to be, ‘Let’s record everyone’s mail so in the future we might go back and see who you were communicating with.’ Essentially you’ve added mail covers on millions of Americans.”

Cars have always been a relatively “smart” technology and with the advent of GPS, automakers are swimming in your vehicular data. Want to know in which cities locals are most attune to their cars’ oil needs? That data can be tracked. Want to know on which roads speeding is most prevalent? That data can be tracked. Combine location data with all of the data already being communicated between your car’s engine and it’s dashboard and you’ve got a recipe for intense data mining – and some insurance companies are already cashing in.

In 2009, the smart meter industry boomed, led by government incentives, and from then to 2012, hundreds of thousands of American homes were outfitted with the new technology. Smart meters run without the need for a meter man, consistently sending data information back to utility providers concerning the amount of electricity, water and so forth being used in a home. And though the installation of smart meters has somewhat plateaued since 2012, by 2020, an estimated 132 million U.S. homes will be monitored by a smart meter.

Of course, when it comes to smart meter installation, consumers have little say. As cities begin to implement the use of the technology, the collection of your utility usage won’t just be privy to your bill. Smart meter data could provide marketers insights into how people behave in their homes when they think no one is watching. Then companies can tailor their ads to consumers based on their “offline” home habits.

Many cities have already begun to petition against the use of smart meter technology due to privacy concerns. Many residents take issue with the close to real-time reporting that smart meters use, sending information to utility companies every five to 30 seconds.

That smartphone sitting there next to you, you know, the one piece of technology you bring with you everywhere you go – it’s listening to you. At least it is if you have an iPhone or ever use the Facebook app. Both Facebook and Apple have created and implemented Shazam-like technology into their newest product offerings. Via your smartphone mic, Siri or Facebook can listen to a TV show or song in the background and use that data to tell you the name of the artist or the episode number, as well as a vast wealth of any other information concerning the song or show.

Both companies refute claims that the move is a “Big Brother” play and say that they are not interested in collecting any information on consumer conversations. Of course, for many consumers, the new listening technology is on par with or worse than phone tapping at scale.

All of these data collection strategies are just the tip of the iceberg. As the Internet of Things continues to grow – think smart ceiling fans and toothbrushes – it will be impossible to avoid having data collected on your on and offline life.

Thankfully, this doesn’t have to be a bad thing.

Proper big data usage can create a more convenient, personalized life experience for all of us. Point blank. But, individual data rights must be protected, and transparency during collection and usage, as dictated even by the White House, is the cornerstone of user trust. Without user trust, the big data industry will have no legs to stand on.

Data rights management platforms, like Umbel, put the user first, collecting only first-party data via permission from users, and placing it in a system where security and privacy trump all else. Better yet, these platforms also provide the brands you trust with reliable, user-generated data about how to best market to and provide for fans and loyal customers.

The Internet of Things isn’t slowing down – and data collection isn’t going away. Your data rights are inalienable, and they shouldn’t now or ever be violated. That you can control. Check out a data rights management platform to see how.