How To Use Big Data To Deliver Optimized Customer Experiences 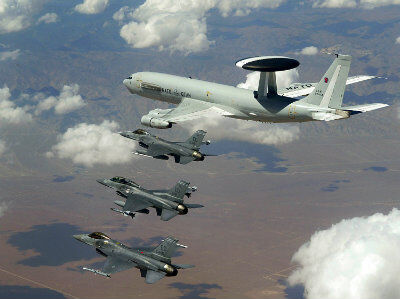 There’s not a hotter topic today than international relations. With the turmoil in the Middle East along with Russia and Ukraine, the world is looking for a way to ease tensions and fears and increase peace and prosperity. Big data may not have all the answers, but of all it’s been used for, maybe the most important area is international relations.

There’s not a hotter topic today than international relations. With the turmoil in the Middle East along with Russia and Ukraine, the world is looking for a way to ease tensions and fears and increase peace and prosperity. Big data may not have all the answers, but of all it’s been used for, maybe the most important area is international relations. With all the positive aspects that could be brought about by big data, especially through Hadoop as a service, it’s a wonder there hasn’t been more talk about it. Unfortunately, in the same way that it can be a tool for much good across the globe, big data could also mean increased risk too.

Here are some ways big data can change the world and impact international relations.

Big data can play an important role in bringing governments together across the world to fight disease. By pooling resources and information and using big data, countries can put together a map of diseases, causes and cures unlike anything seen before. Additionally, they can use that data to provide better resource allocation and implementation. Better accuracy and precision is key to combatting one of the world’s worst problems. Countries can also use that pooled data to bring cures to hard hit countries and discover new methods to fight disease.

Hunger is another tremendous problem that can be improved by big data use and at the same time can bring nations together in a united cause. With big data, countries can better monitor the food supply and increase the effectiveness of its distribution within the country and in exports throughout the world. Again, by pooling resources across continents countries can come together in dynamic ways to change the world.

Big data can help alleviate poverty across the world. So many resources are wasted throughout the world that are essential in the fight against poverty. By better monitoring the humanitarian efforts of different countries and the excess resources available, countries across the globe can more effectively fight poverty.

Of course, big data can’t cure all the hunger, disease and poverty ills across the globe, but it can make an impact, while at the same time improving international relations. Reducing these issues makes for a better educated and informed global society. It also leads to more productivity from the global population too. Most importantly it brings countries together in a common cause.

Another positive aspect that big data brings to international relations is tracking criminals. With coordination across country lines, international criminals can be found and brought to justice quicker and more efficiently than ever before. Again, by working together, not only are countries increasing world peace, but hopefully they’ll be promoting peace between themselves too.

One drawback to the increase in big data is the increased attempts at hacking that occur on a daily basis. Because governments have so much vital information about residents, they are naturally a huge target for hackers. The more data they continue to amass the more hackers will want to get into that data and cause chaos. There have always been data wars among countries, but with the internet and big data these wars have grown tremendously in size and scale. Countries are forced to dedicate huge amounts or resources to keeping their data secure. There’s a never ending cyber war going on. Just think of the damage that could be inflicted on a country if it’s most vital information were hacked.

A new twist that big data brings to international relations is the ability to monitor media across countries. Without big data, it’s impossible to gather and analyze everything that’s being said throughout a country’s media channels. With big data, however, that becomes a real possibility. Media monitoring becomes increasingly important when a different country is saying things about your country that you don’t like. It’s worse still when the public begins to believe what is being said against your government. In a sense, the country is monitoring and collecting this information, so it can go on a PR mission to change its image.

Big data can truly change the world. As countries come together and use the best parts of this technology, peace will be promoted and hopefully tensions will decrease. It won’t solve all of society’s ills, but it can certainly have an impact.