In a world where computer programs are responsible for wild market swings, advertising fraud and more, it is incumbent upon society to develop rules and possibly laws to keep algorithms—and programmers who write them—from behaving badly.

In a world where computer programs are responsible for wild market swings, advertising fraud and more, it is incumbent upon society to develop rules and possibly laws to keep algorithms—and programmers who write them—from behaving badly.

In the news, it’s hard to miss cases of algorithms running amok. Take for example, the “Keep Calm and Carry On” debacle, where t-shirts from Solid Gold Bomb Company were offered with variations on the WWII “Keep Calm” propaganda phrase such as “Keep Calm and Choke Her” or “Keep Calm—and Punch Her.” No person in their right mind would sell, much less buy, such an item. However, the combinations were made possible by an algorithm that generated random phrases and added them to the “Keep Calm” moniker.

In another instance, advertising agencies are buying online ads across hundreds of thousands of web properties every day. But according to a Financial Times article, PC hackers are deploying “botnet” algorithms to click on advertisements and run up advertiser costs.  This click-fraud is estimated to cost advertisers more than $6 million a month. 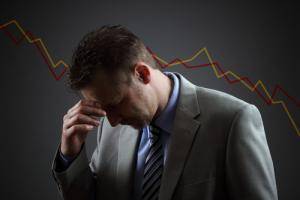 Worse, the “hash crash” on April 23, 2013, trimmed 145 points off the Dow Jones index in a matter of minutes. In this case, the Associated Press Twitter account was hacked by the Syrian Electronic Army, and a post went up mentioning “Two Explosions in the White House…with Barack Obama injured.”  With trading computers reading the news, it took just a few seconds for algorithms to shed positions in stock markets, without really understanding whether the AP tweet was genuine or not.

In the case of the “Keep Calm” and “hash crash” fiascos, companies quickly trotted out apologies and excuses for algorithms behaving badly.  Yet, while admission of guilt with promises to “do better” are appropriate, society can and should demand better outcomes.

First, it is possible to program algorithms to behave more honorably.  For example, IBM’s Watson team noticed that in preparation for its televised Jeopardy event that Watson would sometimes curse.  This was simply a programming issue as Watson would often scour its data sources for the most likely answer to a question, and sometimes those answers contained profanities. Watson programmers realized that a machine cursing on national television wouldn’t go over very well, thus programmers gave Watson a “swear filter” to avoid offensive words.

Second, public opprobrium is a valuable tool. The “Keep Calm” algorithm nightmare was written up in numerous online and mainstream publications such as the New York Times. Companies that don’t program algorithms in an intelligent manner could find their brands highlighted in case studies of “what not to do” for decades to come.

Third, algorithms that perform reckless behavior could (and in the instance of advertising fraud should) get a company into legal hot water. That’s the suggestion of Scott O’Malia, Commissioner of the Commodities Futures Trading Commission. According to a Financial Times article, O’Malia says in stock trading, “reckless behavior” might be “replacing market manipulation” as the standard for prosecuting misbehavior.  What constitutes “reckless” might be up for debate, but it’s clear that more financial companies are trading based on real-time news feeds. Therefore wherever possible, Wall Street quants should be careful to program algorithms to not perform actions that could wipe out financial holdings of others.

Algorithms –by themselves—don’t actually behave badly; after all, they are simply coded to perform actions when a specific set of conditions occurs.

Programmers must realize that in today’s world, with 24 hour news cycles, variables are increasingly correlated. In other words, when one participant moves, a cascade effect is likely to happen. Brands can also be damaged in the blink of an eye when poorly coded algorithms run wild. With this in mind, programmers—and the companies that employ them—need to be more responsible with their algorithmic development and utilize scenario thinking to ensure a cautious approach.

5 Tools That Use Big Data For Social Media Optimization