The keynote theme at this year’s Sapphire conference in Orlando was Simple. Top executives from SAP, a software company associated with complexity, stated and restated that its future direction is to simplify all aspects of its products and the ways customers interact with them and the company itself. SAP’s longstanding and commendable aspiration to thoroughness in its software will be giving way to an emphasis on elegance in its engineering. This objective is more than admirable – SAP’s future competitiveness depends on it.

The keynote theme at this year’s Sapphire conference in Orlando was Simple. Top executives from SAP, a software company associated with complexity, stated and restated that its future direction is to simplify all aspects of its products and the ways customers interact with them and the company itself. SAP’s longstanding and commendable aspiration to thoroughness in its software will be giving way to an emphasis on elegance in its engineering. This objective is more than admirable – SAP’s future competitiveness depends on it. Changing the fundamental architecture of SAP’s offerings – already well under way with HANA – is absolutely necessary. The design underpinnings in SAP’s ERP applications, for example, have been shaped by technology limitations that have disappeared, as Dr. Hasso Plattner, one of the company’s founders, pointed out in his keynote. However, the relevant issue facing SAP and the software market is how far the company can progress toward this goal  and how fast.

The stress on simplicity in the keynote addresses may have been more for internal consumption – a stake in the ground to mark an organization-wide turning point – than for the thousands of customers in attendance. This year’s Sapphire marks only the beginning of what will be a challenging but essential journey for the company.

ERP is a core business for SAP. It’s the product where simplicity

is most needed but where it will be most difficult to achieve. The next generation of ERP – the core financials, manufacturing, operations and distribution – must enable line-of-business people to modify the system to adapt to changing business environments and modify business processes to reflect evolving internal requirements and adoption of new management methods. In our ERP research only 21 percent of larger companies said implementing new capabilities in ERP systems is easy or very easy while one-third characterized it as difficult. Because of this, the current generation of ERP software is a barrier to innovation and improvement. To be sure, the initial configuration of and major modifications to a new ERP system almost always require a mix of external consulting, internal IT and business people to achieve the best outcome. But even here software vendors must radically reduce the system’s setup cost. Today, the cost of implementation can be up to five times the cost of software license. In the future, companies must be able to do this at a fraction of the cost. Cloud-based systems are one way to achieve these kinds of savings, and the cloud was a hot topic at Sapphire. 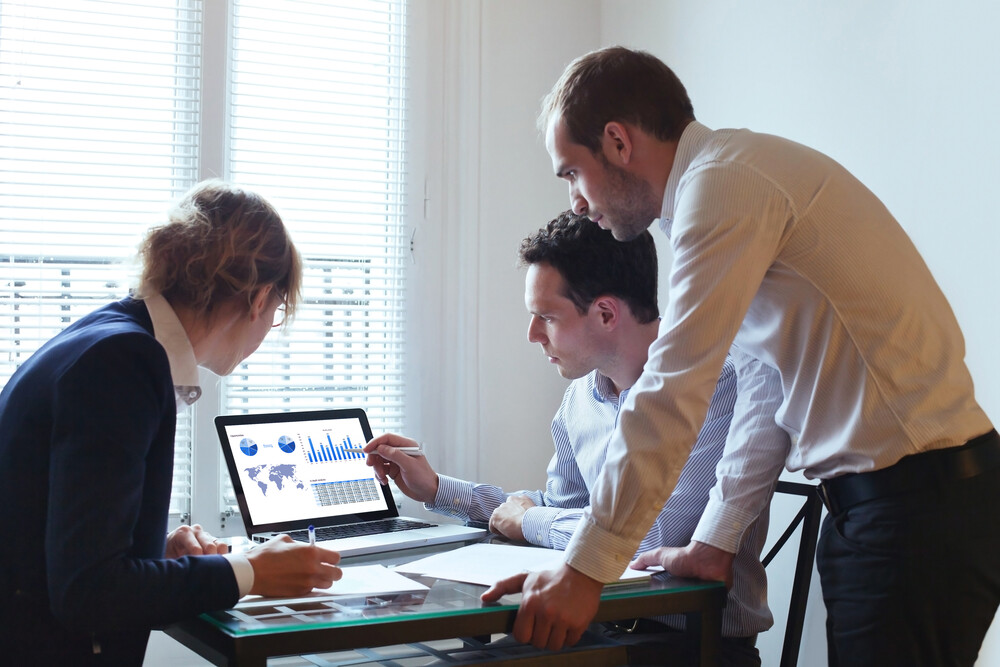 Oracle Financials Is in the Cloud

Microsoft Shows Off More than ERP with Dynamics

There’s a debate on whether SAP is a cloud vendor. Some IT analysts see a dividing line between incumbent, on-premises vendors and the newer cloud-based ones. If a cloud vendor is one that only (or mainly) operates in a multitenant cloud environment, SAP is not one. But strict definitions of what qualifies as the cloud already have limited relevance to the market generally and to SAP’s business buyers. Moreover, the issue of which is a real cloud vendor will become increasingly less important to users of these systems over the next five years as software environments evolve to a hybrid cloud model that combines multitenant, single tenant and on-premises deployments.

I’ve discussed the business reasons why multitenant configurations have been the dominant architectural approach to software as a service (SaaS). Multitenant is inherently more economical than a single-tenant configuration. The savings that vendors have been able to pass along to customers have provided a compelling reason to acquire software in this format. This has been true for any software category that can be configured rather than customized. That is, the modifications necessary to make the software suitable to the specific needs of the user organization (configuration) can be kept separate from the core code. This is enables the vendor to update and modify the core software used by all of its customers at once without (in almost all cases) affecting the individual customer’s configurations. Sales force automation and travel and expense management software were two of the earliest multitenant categories to be widely adopted because they were designed to make it easy for users to configure the system in useful ways without touching the core code.

However, not every company has found that software in a multitenant environment serves its needs. This is especially the case for complex applications such as ERP, as I’ve noted. While cloud-based ERP has been a hot market, expanding rapidly over the past 10 years, a majority of ERP deployments remain on premises. Growth in the cloud segment has been driven by the superior economics for buyers that were able to accept the software’s limited configurability and by growing midsize companies that were able to migrate from entry-level accounting software sooner than was practical with on-premises software. The pace of adoption has been accelerating as companies have gotten comfortable with this method of deployment; plenty of organizations have found that this approach works for them, and security concerns have ebbed. Yet these multitenant cloud ERP offerings do not have all the functionality or configurability to address the requirements of a majority of the market. This is the biggest challenge – and greatest opportunity – in the ERP software market.

The root cause of the need to customize an ERP system is the forms-based table structure almost all them use. The first generations of all business computing systems were created as analogs to existing paper-based systems, similar to the way that the first automobiles were “horseless carriages” in their configuration. ERP systems also have mimicked the multiple ledger structure of paper-based accounting systems (which is pointless and even counterproductive in a computer-based system) and the paper-based forms that are the information containers used in accounting processes. In the first stages of business process automation, this simplistic automation was the only practical approach since it was the easiest way for programmers to start. But just as the design of cars evolved into a totally new form to reflect the capabilities of the underlying technologies, business computing systems have to evolve to break out of the shackles imposed by paper analog structures.

To break the configurability barrier ERP systems have to be more flexible in their basic design. Ideally, they should eliminate the need for customizing the underlying application.  Companies would benefit if modifications are easier – and potentially less expensive – to make initially and to adjust as business conditions change over time. Easier configurability also can make it possible to reconfigure processes and capabilities faster and more cheaply than is possible today, enabling companies to make their ERP system more adaptable to their business needs. Separating the individual configurations from the core code base means that SaaS vendors can give a much broader set of users the flexibility they need to make the system work their way while still having only a single instance of a code base to modify, upgrade, debug and patch.

So the race is on to make multitenant ERP the appropriate choice for a significantly larger market. One approach that vendors can take to address this issue is to build in adaptations to the specific needs of a broad set of specific vertical or micro-vertical part of the core code. Another is to take a fresh approach to the design and architecture of ERP systems to make them inherently more configurable. Both changes could increase the number of companies for which a multitenant application suits their needs. But both are time-consuming and difficult to bring to market. In theory, a fresh approach is the more sustainable strategy, but it’s better suited to a startup than a huge company like SAP.

In the context of being able to offer an attractive ERP offering in the cloud, the question of whether SAP is a cloud vendor is still relevant because it gets to the heart of the simplicity issue that the company is attempting to address. For SAP to sustain its position in the market, its product must become far easier to implement and configure to the needs of an individual company regardless of how it’s deployed. The design requirement that SAP must meet is to have an ERP system with rich functionality that is as easy to deploy as those offered by cloud-only vendors but that can be readily customized to the specific needs of companies willing to bear the extra implementation and operating costs of a single-tenant or on-premises deployment.

SAP is already rolling out software with names that meet its simplicity theme, including Simple Finance. At first this exercise in branding seems both ridiculous and confusing. Ridiculous because, in reality, finance applications usable by midsize and larger companies will never be simple. Business and regulatory factors keep them from being so. Confusing because, for example, people may think the application is aimed at smaller midsize companies or is perhaps a retread of SAP’s ill-fated ByDesign. On the whole, though, “simple” is not a bad idea for branding if SAP demonstrates substance behind the trademark. The label also can be useful in focusing SAP developers on what the customer wants. SAP’s finance software will never be simple, but it must be as simple as possible.

Simple isn’t easy, especially when it involves moving a large organization in a new direction. Uniting SAP around the objective of “simple” is a good management strategy, but it will require consistent follow-through over the next months and years to make it a reality in the company’s products and processes. This is far from assured but by no means impossible. SAP’s user groups must hold senior management accountable for delivering results that demonstrate measurable progress toward simplification. Results in the software market will demonstrate the extent to which it is succeeding in meeting rising demand for ERP software that’s more flexible and adaptable and easier to deploy, maintain and update.

Oracle Financials Is in the Cloud