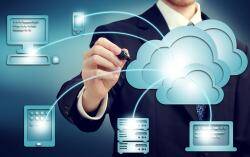 12 Tips for a Successful ERP Launch

Clear expectations and planning can improve your experience and near-term success.

12 Tips for a Successful ERP Launch

Clear expectations and planning can improve your experience and near-term success.

There’s no question companies drop a lot of money on ERP systems. But I’ve always gotten the sense they look at ERP investments in much the same way I view the several thousand dollars I spent last year on a new furnace. I would have been quite happy to keep the old furnace as long as possible, even though it wasn’t in great shape. I ponied up the cash for a new furnace only because I had to if I wanted to keep my family from freezing to death.

A Forrester research survey I wrote about earlier this year found nearly three-quarters of IT decision-makers planned to stick with their current ERP applications, a stat that prompted Enterprise Irregulars and ZDNet blogger Dennis Howlett to bemoan the “depressing” state of the ERP market. Forrester also predicted a growing portion of ERP dollars would be spent on software-as-a-service. Recent Aberdeen Group research that found 52 percent of enterprises would consider using SaaS for ERP, up from 23 percent in 2009, seems to support this idea.

Yet while SaaS is making inroads, it’ll be some time before it makes a serious dent in on-premise ERP. Forrester believes SaaS will account for 4 percent of the overall ERP market by 2015. The Aberdeen study found SaaS deployment has reached an average of 9 percent among companies of all sizes. The percentage is highest, 17 percent, for companies with less than $50 million in annual revenue. For large enterprises, with bigger sunk investments in ERP, that figure drops to 2 percent.

On-premse ERP vendors enjoy an incumbent advantage, Computer Economics President Frank Scavo told me when I interviewed him earlier this month. He said:

… It’s difficult for companies to completely swap out an ERP system. So once you become the incumbent vendor, as long as you maintain a minimum level of service and upgrades and responsiveness to changing business requirements, there’s a great inertia for companies to leave a vendor. That creates a great opportunity for Oracle and SAP, and to a lesser extent Microsoft and Infor, to sell other products into those customers.

Still, Scavo told me, SaaS ERP is getting interesting, with SAP’s Business ByDesign, NetSuite, Workday and Plex among the vendors to watch. He noted:

As companies have pleasant experiences with cloud CRM or HRMS or expense management, people are starting to say, “Why can’t we have our entire ERP system delivered in this way?” It’s more popular right now among smaller companies but it’s moving up market. And I think it’s happening a lot more quickly than people expected.

I shared some good advice from Skyline Consulting’s Martin Browne on evaluating and implementing SaaS ERP in a post from August.

SaaS aside, one of the biggest takeaways from Computer Economics’ recent study examining the three-year trend in ERP adoption and investment is the shift in how companies are beginning to view their ERP systems. Scavo said a growing number of companies are beginning to treat ERP less like an application and more like a key part of infrastructure that should be integrated with multiple other applications to yield real business value.

… Companies running on a solid ERP foundation will find CRM is going to work better because you can have end-to-end processes all the way from marketing and lead generation to order processing to delivery and collections. Mobility applications work better if they can interface with a strong back end. Business intelligence often suffers from poor data definitions and lack of master data management. ERP can help with that. Just about anything in your applications portfolio at some point is going to have to touch ERP, so looking at ERP as a foundation is a logical approach.