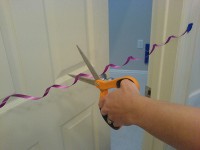 Rackspace and Intel have joined forces to build the new OpenStack Innovation Center located on the campus of Rackspace’s San Antonio headquarters.

Rackspace and Intel have joined forces to build the new OpenStack Innovation Center located on the campus of Rackspace’s San Antonio headquarters.

The idea to build an OpenStack Innovation Center had been in the works for quite sometime now. Rackspace mentions that they have over 200 employees working on OpenStack everyday. Intel is sending its own talent to the work in San Antonio alongside Rackspace engineers. Some employees from Intel’s Santa Clara campus have already moved to Texas to begin working on the project.

Rackspace also mentions that the University of Texas at San Antonio will have involvement in the OpenStack Innovation Center. Up to 30 students per year will be allowed to work in the OpenStack Innovation Center as interns. “For companies, the promise of OpenStack is that it gives them a platform that allows them to be much more efficient, much more nimble and it really improves speed to market for their customer facing and revenue generating applications,” says Darrin Hanson, VP and General Manager of Private Cloud at Rackspace.

“It gives them a really flexible and efficient platform where the IT department can go from being a call center to a center of strategy and to an enabler of revenue,” adds Hanson.

Rackspace, the managed cloud service that promises fanatical support, was one of the original innovators of the OpenStack cloud platform. By hosting the OpenStack Innovation Center on Rackspace’s campus, the new OIC will represent the largest collection of OpenStack developers in the world. One of the big goals for assembling this large team is to reduce fracturization and keep OpenStack consistent and popular all across the board.

The world’s largest companies have begun implementing OpenStack within their environments. If OpenStack’s innovations continue wow CIOs, OpenStack could be on pace to become the de facto operating system for businesses all around the world.

The post Rackspace and Intel Cut the Ribbon on OpenStack Innovation Center appeared first on CloudWedge.