Are you concerned about your data privacy? You are going to want to invest in a VPN. Few other safeguards will be equally effective.

Keep reading to learn why this is so important.

Data privacy is becoming a greater concern than ever. One poll from 2021 showed that 83% of Americans supported legislation to protect their data privacy.

If you want to protect your online privacy, you are going to need to use a VPN. VPNs offer tremendous protection for anyone wanting to protect their anonymity and data privacy.

Virtual Private Networks (VPNs) are a priceless remedy for a problem that is frequently encountered today: maintaining your data security and anonymity online. The large numbers of interested VPN users are most likely keen on both getting a VPN and finding out about its intricate details. This will help them improve their data privacy considerably.

This article is written for anyone who is keen on getting more familiar with VPN protocols for optimal data privacy and knowing which ones you should look for.

What is VPN Protocol?

Following the right protocols for VPNs is crucial. They make your internet communications quick and safe by securing and encrypting your online data. Depending on the VPN protocol you are currently using, your VPN may be faster or more secure. These act as portals via which your web traffic can travel, which keeps your data safe and secure. There are secure tunnels. Others provide incredible streaming rates for people exchanging large volumes of data.

There are numerous varieties of protocols, each with a unique set of advantages. Mobile device-friendly protocols exist. On your WiFi router, you can also install additional programs. Several provide greater internet protocol security. To have the best browsing experience, using a VPN protocol is crucial.

There are many free VPN download services that use highly secure protocols.

Types of VPN Protocols for Improving Your Data Privacy

If you are trying to protect your data privacy with a VPN, then you will want to follow these protocols.

The Point-to-Point Tunneling Protocol (PPTP) is one of the first VPN protocols to have ever been developed. Microsoft created PPTP in the middle of the 1990s, which was included in Windows 95 with a dial-up connection in mind. But as technology developed, PPTP’s fundamental data encryption was soon broken, putting its underlying security at risk.

For customers who may not require strong data encryption, it can offer the fastest connection speeds because it lacks many security measures offered in other current protocols. However, even if PPTP is still used in some applications, most service providers have now changed to quicker, more dependable protocols for securing their data.

The PPTP VPN protocol has been replaced by Layer 2 Tunnel Protocol. This protocol, which lacks out-of-the-box data privacy or encryption, is typically used in conjunction with the security protocol IPsec. L2TP/IPsec is extremely secure once put into use and has no known flaws.

The majority of the leading VPN service providers employ this open-source protocol. It was created with a wide purpose in mind and debuted in 2001. It is simple for third-party VPN clients to use because it wasn’t included in PCs or mobile devices. Many platforms can support OpenVPN, but you’ll need to include third-party software to make it work. Due to its simplicity of configuration, this protocol may support a wide range of ports and encryption options.

Microsoft created and included this data protection protocol in Windows Vista. For your online business, you can also rely on SSTP, particularly if you use Microsoft machines. You can use SSTP on Linux, Android, and macOS even though it is not an open-source protocol like OpenVPN. However, connecting it from macOS could be difficult.

Firewalls without a complicated configuration can be bypassed using SSTP. Despite not being the quickest business, it operates just as quickly as OpenVPN. Because it protects your data with SSL 3.0 encryption, you can depend on this protocol for your online business.

Cisco and Microsoft created the protocol in question. It is one of the fastest protocols you can rely on as a business owner and is mobile-friendly. This protocol is for you if your business activities frequently involve downloading and transferring huge files. IKEv2 facilitates switching between WiFi and mobile Internet, which guarantees a consistent connection to a VPN tunnel. This protocol rapidly reconnects you if, for example, service abruptly stops while your traffic is traveling through the tunnel.

A relatively recent open-source VPN protocol still in development is called Wireguard. It is Linux-based and reportedly performs better than both OpenVPN and IPSec. It is already accessible on a number of platforms even though it is still being developed. It’s still uncommon to find in a consumer VPN app because it’s so new.

Which is the Best VPN Protocol to Protect Your Data?

The best VPN protocol currently used is OpenVPN. It is ideal to utilize when data privacy and security are important, and you don’t mind slower speeds or less flexibility. In places with strict internet censorship or when torrenting, for instance, you should utilize OpenVPN to access free Internet. It is also great for data protection.

For mobile VPN users, IKEv2 is an additional useful protocol. It excels at managing frequent and abrupt network changes because of its MOBIKE protocol. It still performs far better than other VPN protocols like OpenVPN.

Pay close attention to the VPN protocols listed in a provider’s list of features when selecting a VPN service to safeguard your online data. While selecting a service that offers a low-security protocol, like PPTP, may be appropriate for your needs, there’s a good possibility that you’ll need something with greater security.

In fact, there is no right or incorrect protocol choice; instead, focus on choosing a supplier whose protocols satisfy all of your requirements. 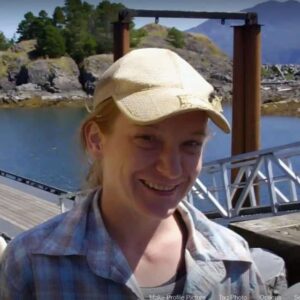 Toni Allen
View More Posts
Toni Allen is the general manager and editor of WhoIsHostingThis.com, she has two decades of experience running online businesses with a focus on web hosting technologies.