Importance of VPNs For Streamers in a Data-Centric World 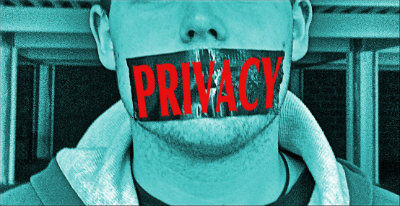 Big data may not be completely understood by everyone, and there are certainly things that remain unclear about it’s purpose. That being said, big data is here to stay.

Big data may not be completely understood by everyone, and there are certainly things that remain unclear about it’s purpose. That being said, big data is here to stay. The fact that it’s being utilized, especially with big data in the cloud services, by so many businesses, big and small, governments and schools, illustrate that it’s not going away and that’s a good thing.

One thing, however, that scares a lot of consumers about big data is data security. Is there anything that can be done about that? We’ve seen so many different data breaches recently that it’s hard to know whether our information is really safe anywhere. Target, Experian, Microsoft, and Snapchat are just a few of the names that come to mind when you talk about security concerns. With such big names being exposed, it makes you wonder who’s going to be next and if there’s anything that can be done.

It’s easy to say that companies simply need to do a better job at keeping consumer information safe and that consumers need to be better at keeping their own information safe. That’s true, but there’s much more to the problem then that. There needs to be some type of accountability from companies to consumers, some type of transparency. Recently people have began discussing the idea of a marketplace for big data. There’s no certainty that it will happen, but it presents a lot of interesting and valid points. Things that could really benefit both businesses and consumers. Here are some of those areas.

It’s always a good thing when business are held responsible and accountable to their customers. Unfortunately, with the current big data system, that type of accountability doesn’t really happen. Customers know so little about what companies are actually doing with the information they give, and many companies are still trying to figure out for themselves what to do with it. Part of the reason we’ve seen so many data breaches recently is because companies are still unsure about how to best protect their information and how to use it. Their uncertainty means an increased reluctance to be transparent with the consumer. A marketplace for big data would change all that. True transparency would force companies to increase their focus in consumer data protection. It would assist companies in at least one aspect of their social responsibility.

Social responsibility and transparency are the best things that could happen to big data. The increased responsibility to be accountable to consumers would help them improve their data gathering and security techniques — something that would benefit both consumer and company. There’s no doubt that companies can do better with consumer privacy and that they have the technology to do so. It’s a shame that they don’t. Little do they realize that their increased security would benefit them just as much as it would consumers.

The interesting thing here is that one of the main reasons consumers hesitate in giving their information to companies is because of the lack of security that exists. We know that companies thrive on relevant information, yet by implementing substandard security measures they inflict their own wounds. Even when companies let individuals know that they won’t sell their information, that doesn’t guarantee they won’t lose it — aka Target. If there were a marketplace for big data the consumers would not only be better informed, but they would also be more likely to share relevant information with companies. It would help the companies not only in marketing, but also in current and future products and services. It would truly be a win-win situation.

Big data is so important in the world today. A marketplace would lead to a world where consumers were better informed, companies were more accountable and both would be better off.