Why Brands Need Big Data to Survive in the Information Economy 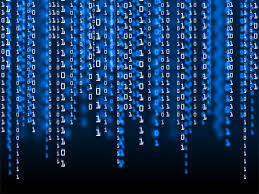 Throughout the business world, it’s generally accepted that big data, which has already grown in scope in recent years, is bound to become even more important in the near future.

Throughout the business world, it’s generally accepted that big data, which has already grown in scope in recent years, is bound to become even more important in the near future. The applicability of this tool to multiple industries has been well-established, as has the actionable nature of properly leveraged big data insights. However, with that said, there remains a certain lack of full understanding, in some circles, regarding the day to day use and operation of data, analytics and the tools involved in its execution and oversight.

Two recent studies – one specifically regarding big data, the other on analytics – have pointed to a few of these gaps. Business leaders could benefit by reviewing this information and considering if they are suffering from similar issues – and if so, seeking out the necessary means to rectify them.

Slowdown in hiring of data experts
According to Virtual Strategy magazine, Infogroup Targeting Solutions recently conducted its annual report on the state of big data in marketing, covering predicted spending and hiring trends for 2014. Regarding the former, the results were quite promising. More than 60 percent of the 400 marketers questioned stated that they planned to increase spending on big data-powered marketing efforts, making 2014 the second year this will have been the industry norm.

In terms of hiring, however, the findings were less positive. Only 43 percent of the marketers surveyed stated that they planned on hiring data experts or other personnel with experience in this field. This is a 13 percent drop from last year’s report, which had 56 percent of respondents expecting to engage in such hiring. David McRae, president of Infogroup Targeting Solutions, stated that this could be cause for concern.

“Big data is meaningless without manpower,” McRae said, according to the source. “While it’s exciting that most companies are making bigger investments in big data, marketers should not forget that it takes people to make sense of the information. Hiring before reaching the analytics stage enables companies to become data-led and act on the data.”

Lack of data analytics understanding?
According to Green Tech Media, a study by research firm Black & Veatch found that among utility companies, only 32 percent of them knew what type of data analytics they used. Considering that the majority of them did have analytics tools in place, this statistic is alarming. Among those who reported understanding the purpose of their analytics, the highest percentage  – 37.6 percent – claimed that they used them for “measurement and validation.”

Speaking on the confusion regarding analytics use among business leaders in this sector, Black & Veatch president Marty Travers said, “It’s a call to action for the whole industry.”