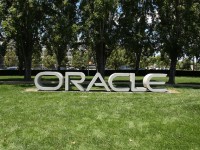 Some industry insiders tend to think of Oracle as being part of the old guard in enterprise IT. Oracle originally made its mint by selling its software using the traditional licensing model. With most of today’s enterprise IT software being sold as a service, some wondered if Oracle could make the switch and still continue to thrive in a quickly evolving market. An earnings call conducted with financial analysts discussing Oracles 4th quarter figures held the answers to many of these questions as Larry Ellison and co-CEO’s Mark Hurd and Safra Katz commented on Oracle’s recent successes in its cloud endeavors.

Oracle reports that their total revenues involving cloud products totaled $590M for the fourth quarter of 2014. This  figure represents a 47% bump in revenue over their second quarter numbers. Of that $590M, $364M was related directly to Oracle’s PaaS and SaaS offerings. Consequently, IaaS represented $155M of Oracle’s total cloud revenues. Oracle added 860 new customers who have subscribed to at least one of their SaaS apps. Oracle reports that nearly 27% of their SaaS clientele have subscribed to more than one of Oracle’s SaaS offerings. Oracle reported that 650 of their existing customers signed up for new cloud services throughout the fourth quarter of last year.

Although Oracle has only been in the PaaS business for a few months, they’ve received over 150 new clients who have begun using those services. Larry Ellison seemed excited about Oracle’s cloud progress. On the earnings call, Ellison was quoted as saying, “What makes this particularly interesting is that next year Oracle will sell about the same total dollar amount of new SaaS and PaaS business as cloud market leader salesforce.com.” Ellison enthusiastically added, “Stay tuned, it’s going to be close. We are catching up to them and we are catching up very quickly.”