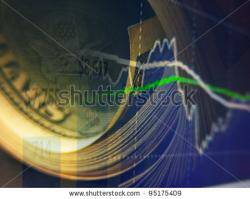 Back in 2009 I wrote about Forrester Research CEO George Colony’s suggestion that the information technology (IT) function should be renamed the business technology function.

Back in 2009 I wrote about Forrester Research CEO George Colony’s suggestion that the information technology (IT) function should be renamed the business technology function. I cited an interview with Colony in which he said such a change would help IT organizations improve their relationship with other business units and would result in “a higher level of communication around the business problems and the business issues.” This new name also would “begin to change the way IT people work and the way they think about their jobs,” Colony said.

I kind of liked the idea but expressed my opinion that more than a simple name change would be required for most IT organizations to focus their work more closely on issues that matter to the broader business.

Still, there is no question that simple words do have a certain power. Names change the way people think about things by creating particular associations. The New Yorker last month published a profile of a company called Lexicon, that matches products with brand names. In an NPR interview, the author of the profile discusses some of Lexicon’s biggest successes, including Procter & Gamble’s Swiffer. It evokes both speed and a certain playfulness, both desirable qualities in a cleaning product. A competitor’s product, the ReadyMop, failed in part because it evoked the “drudgery” of mopping a floor, the writer explains in the interview.

Forrester apparently decided to adopt the business technology name for its own internal IT function. (It’s about time, given that Colony has advocated for this change for several years now.)

The CIO got a new name, too. Forrester’s business technology function is led by a chief business technology officer (CBTO). There are plenty of signs the CIO role is evolving to become less about infrastructure and more about innovation. So maybe more companies will adopt the CBTO title, as it better describes what a technology chief does.

According to a blog post written by Colony, the name change resulted in four key differences:

State of the CIO