The Journey from Big Data to Big Promise 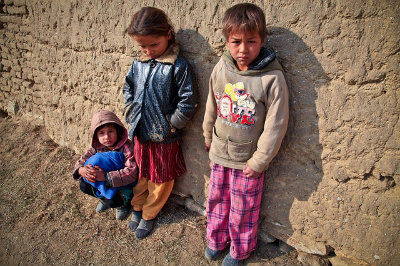 Despite the relative prosperity seen around the world over the past few decades, poverty is still an enormous problem. Roughly 2.5 billion people live in poverty, and though many across the globe have reached out to lift them up, the challenge is still immense and difficult to tackle. There may, however, be an answer to the pressing issue.

Despite the relative prosperity seen around the world over the past few decades, poverty is still an enormous problem. Roughly 2.5 billion people live in poverty, and though many across the globe have reached out to lift them up, the challenge is still immense and difficult to tackle. There may, however, be an answer to the pressing issue. Advances in technology and the utilization of big data may hold the key to improving the circumstances of people currently impoverished. While there are still significant challenges on the likely bumpy road ahead, the potential is too tantalizing to ignore.

One reason it’s difficult to help people living in poverty is the fact that for many years collecting accurate, reliable data on them was problematic. The solution to this problem may lie in the recent advances in mobile technology. Whereas countries like the United States and those in Europe first went through the desktop and wired phase of technological evolution before going the wireless route, many developing nations are skipping the wired step and going straight to wireless. Some of the latest statistics show 85% of people in the world have access to a mobile phone, even among some of the poorest people. This availability could prove vital in gathering data on populations living in impoverished areas. Other data can be collected from internet access, social media connections, government statistics, and utility payments.

All this newly gathered big data can act as a catalyst to help poorer people prosper. From the data collected through Cell-phone Call Data Records, or CDRs, and an individual’s phone payment history, banks and other institutions can effectively evaluate a person’s ability to pay back loans and determine their credit risk. From these analyses, institutions may pay more attention to people who are often thought of as too risky for loans and actually give them some much needed capital through microfinancing. Some organizations, like DemystData, actually use unstructured big data as a way to calculate loan suitability and creditworthiness, enabling poor people to get loans more efficiently and with less of a burden for applicants to prove they can repay the money.

Big data gathered through data-driven activities can also help international organizations construct a more accurate picture of poverty around the world. Many of the statistics currently used, like GDP numbers, are considered by many experts to be inadequate in evaluating the needs of a poverty-stricken population. As big data is utilized more often and its impact is more understood, statistics like GDP will likely become less relevant in regard to poverty.

NGO’s across the world are already seizing on the potential big data has to make a difference. In what is referred to as “data philanthropy,” NGO’s share information they’ve collected with other NGO’s and combine them with data from private companies and governments. This cooperation between NGO’s and private industries can help indicate emerging markets in unlikely places. If new customers are identified, that means new competition will be introduced, making for the likelihood of reduced prices for needed goods. This would not only benefit poor people but all customers in general. This is all made possible due to the greater availability for companies and organization to use storage technology, particularly for flash storage. The improved scalability and faster processing powers are some of the major advantages flash storage provides in the ongoing flash storage vs. hard drive debate.

Big data may also play a role in ensuring poor populations receive food and avoid incidents of widespread starvation and recovery from disaster. Agriculture around the world is already producing much more food compared to decades ago, and the implementation of big data may help farmers in Africa produce more as well. Big data can help farmers know what type of seeds to plant in what soil, warn of water-related risks in the area, give farming advice from those who are more experienced, and advise on the best times to plant based on weather data. Big data can also provide advanced warning of impending disasters. This added preparation time can help poor communities brace for what’s coming as well as protect the little property they have. After a disaster has struck, big data can help locate displaced populations so organizations can respond more quickly.

Using big data cloud technology to help the impoverished is still in its infancy. More understanding is needed to ensure the data is accurately applied and appropriately used, but the technology holds many promises people all over the world can hope for. Given enough time, cases of extreme poverty may be a distant memory.