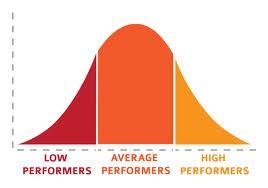 The Top of the Data Quality Bell Curve 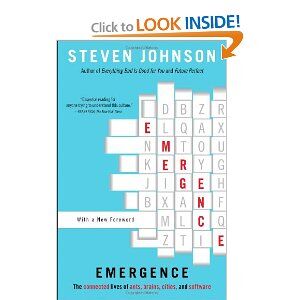 Many organizations are wrapping their enterprise brain around the challenges of business intelligence, looking for the best ways to analyze, present, and deliver information to business users.  More organizations are choosing to do so by pushing business decisions down in order to build a bottom-up foundation.

However, one question coming up more frequently in the era of big data is what should be the division of labor between computers and humans?

This is why we should let the computers do the heavy lifting for anything that requires math skills, especially the statistical heaving lifting required by big data analytics.  “But unlike most computers,” Johnson explained, “the brain is a massively parallel system, with 100 billion neurons all working away at the same time.  That parallelism allows the brain to perform amazing feats of pattern recognition, feats that continue to confound computers—such as remembering faces or creating metaphors.”

As the futurist Ray Kurzweil has written, “humans are far more skilled at recognizing patterns than in thinking through logical combinations, so we rely on this aptitude for almost all of our mental processes. Indeed, pattern recognition comprises the bulk of our neural circuitry.  These faculties make up for the extremely slow speed of human neurons.”

“Genuinely cognizant machines,” Johnson explained, “are still on the distant technological horizon, and there’s plenty of reason to suspect they may never arrive.  But the problem with the debate over machine learning and intelligence is that it has too readily been divided between the mindless software of today and the sentient code of the near future.”

But even if increasingly more intelligent machines “never become self-aware in any way that resembles human self-awareness, that doesn’t mean they aren’t capable of learning.  An adaptive information network capable of complex pattern recognition could prove to be one of the most important inventions in all of human history.  Who cares if it never actually learns how to think for itself?”