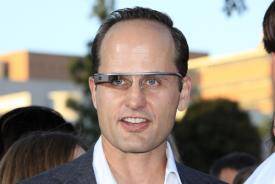 There are several popular programming languages for big data applications. Python and R are two of the most popular. Julia language is another, that doesn’t get as much attention. While Julia isn’t a household term among big data developers, it has a number of features that some other languages lack.

Python and R are the preferred languages of many big data programmers. However, they have several limitations that must be taken into consideration.

The biggest drawbacks of Python are that it lacks multi-processor support and pre-packaged solutions. It also only supports a limited number of database access layers.

These problems aren’t as significant with R. However, R programmers must face other challenges while working on big data applications, including problems with memory management and a lack of backward compatibility. The learning curve for R programmers is also very steep, which has discouraged many people from tackling it.

The first version of Julia was released in 2012. The platform had a number of bugs that needed to be resolved, so a newer, more stable version was released in June 2017.

Unlike general purpose languages such as Python, Julia is a high-level programming language that was developed for computational science and high-performance numerical analysis. It’s unique quantitative analytical features make it ideal for tackling many big data challenges.

Julia has a number of pre-defined libraries that are created specifically for statistical applications. The language is also open-source, so future functions can be added.

Julia is also incredibly robust, so it can process applications much faster than those compiled in R or Python. The high speed of execution makes Julia perfect for working on complex projects involving vast sets of data.

“How do programs written in Julia run so fast? Because of its LLVM-based just-in-time (JIT) compiler, which is designed for a high performance environment. Julia is also designed for cloud computing and parallelism as it provides a number of key building blocks for distributed computation. That makes it flexible enough to support a number of styles of parallelism, and allows users to add more.”

Are There Any Drawbacks of Using Julia for Big Data Projects?

Julia is a very versatile programming language, so it will probably be used for many big data projects in the future. However, it isn’t perfect for big data analytics.

One of the biggest issues with Julia is that the platform takes a while to install. Previous versions also weren’t fully stabilized. While the more stabilized version was released last month, it hasn’t been around long enough for developers to identify all of the issues with it yet. Over time, they may discover some additional problems that need to be rectified and an even more stable version may need to be released.

Another issue with Julia is that the dictionary performance is still sluggish, despite the fact that the rest of the language compiles quickly. This issue may be more difficult to address, since it reflects a key part of the language’s infrastructure.

What Applications Is Julia Suited For?

Julia is equipped to handle some of the most data intensive programming challenges in the world. The MIT team behind the technology has stated that it is developing new algorithms to tackle genomics and other health informatics challenges that existing algorithms aren’t suited for. It is also used for smaller scale projects by companies such as Assignment Expert.

“Existing bioinformatics tools aren’t performant enough to handle the exabytes of data produced by modern genomics research each year, and general purpose linear algebra libraries are not optimized to take advantage of this data’s inherent structure. To address this problem, the Julia Lab is developing specialized algorithms for principal component analysis and statistical fitting that will enable genomics researchers to analyze data at the same rapid pace that it is produced.”

Hospitals and other healthcare organizations are already using it for many big data applications. The scope of the projects Julia is used for will likely expand as more robust and more stable versions are released.

Julia Will Shape the Future of Big Data Projects

While Python and R won’t become obsolete anytime soon, Julia is clearly a game changer for big data programming. Big data experts should consider learning the new language, since it will be one of the most important languages in the future.