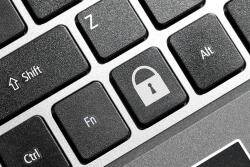 3 Ways to Adapt to the Shift Toward Online Privacy (Ethically, Nonetheless)

Building 20 [a scene of incredible innovation at MIT] and brainstorming came into being at almost exactly the same time. In the sixty years since then, if the studies are right, brainstorming has achieved nothing—or, at least, less than would have been achieved by six decades’ worth of brainstormers working quietly on their own. Building 20, though, ranks as one of the most creative environments of all time, a space with an almost uncanny ability to extract the best from people. Among M.I.T. people, it was referred to as “the magical incubator.”

The fatal misconception behind brainstorming is that there is a particular script we should all follow in group interactions. The lesson of Building 20 is that when the composition of the group is right—enough people with different perspectives running into one another in unpredictable ways—the group dynamic will take care of itself. All these errant discussions add up. In fact, they may even be the most essential part of the creative process. Although such conversations will occasionally be unpleasant—not everyone is always in the mood for small talk or criticism—that doesn’t mean that they can be avoided. The most creative spaces are those which hurl us together. It is the human friction that makes the sparks.

I was part of a number of failed remote R&D attempts. The one time it worked was when we decided to abandon meetings, project documents, tracking tools, etc. Instead, we got a high quality speakerphone so everyone could overhear everyone else’s conversations, and we left it on all day, every day. It wasn’t the same as being together in person, but we did manage to get some of the human friction back.