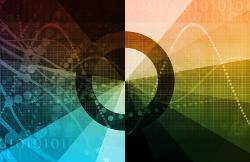 HStreaming for Hadoop and MapReduce

In recent years, leading professional fields like marketing have leaned heavily on phrases like, “content is king,” but if you’ve been paying attention – not just to marketing, but to many other growing fields, including eCommerce, healthcare, and finance – the real reigning force is not content, but data. Big data, which is itself a consequence of other technology, gives us the tools to interpret our actions, to strategize and analyze in new and more objective ways. And, unsurprisingly, as useful as big data is in its own right, it has also necessitated new tools.

Indeed, when we talk about big data, we also typically talk about a variety of advanced analytics programs, including Hadoop, Apache Storm, and DataCleaner – the technology that yields information is closely intertwined with the technology that manages, organizes, and analyzes it. And when we talk about these processes, in addition to highlighting new platforms, we tend to ignore another program, one with an extensive legacy: Microsoft Excel.

Is Microsoft Excel still relevant in the age of big data? Though it’s easy to dismiss this software mainstay, which was first released under the name Multiplan in 1982, Excel isn’t just some digital third wheel in today’s high tech environment. No, those in the know agree that, though its usefulness isn’t always transparent, Excel remains indispensable, even for those working with massive amounts of data, and it’s a tool everyone should understand how to use.

Saying that Excel is useful in the age of big data is not an uncomplicated claim. Rather, it’s important to be clear that, on its own, Excel can cause a lot of trouble, and it’s certainly not convenient if you’re working with huge data sets. Instead, Excel remains relevant because it’s part of a larger big data ecosystem. That means, if you want to make it an effective tool, you need to put it in context – and here’s what that means.

When top data professionals look to Excel, they consider a number of factors, including how reproducible the framework is, whether the data is “tidy” – which is rarely the same thing as reproducible, and whether the information can be manipulated. That final question is particularly important because when data analysts ask about the ability to manipulate data stored in Excel, they don’t necessarily intend to do so while using Excel, even though the program has added many new capabilities in recent years.

The fact is that much of the time, even when Excel is considered central, it’s not intended to be used on its own, but in collaboration with other, more specialized programs. Once we recognize that, it’s much easier to see why Excel is useful: it’s perfect for manipulating smaller amounts of information, and it’s a workhorse. Professionals are constantly moving information into and out of Excel, and that information’s value increases each time.

In addition to being useful as part of a larger, collaborative data management process, another thing we need to recognize about Excel is that its usefulness is often contingent on the operator. If the person using Excel doesn’t have extensive knowledge of the program – if they don’t know the shortcuts and extensions by heart – they likely won’t get very far. Luckily, anyone can learn their way around the software with some training, though those hoping to use it in big data contexts will likely need advanced Excel training to be successful.

Another important element in advanced Excel use is keeping up with the newest feature. After all, even if you know all the old shortcuts, this isn’t a stagnant program. As noted above, Microsoft continues to release updates, and a growing number of those updates reflect today’s big data-centric environment. For example, one newest updates to Microsoft 365 is a tool that allows users to create their own data categories and further augment the data in any given cell. This allows for added data “depth,” and is a step towards making data stored in Excel more useful.

Data categories and augmentation are one of the more powerful, broadbased tools, which will be useful to large groups, but depending on the type of data users need, Microsoft has added a variety of other features that further extend internal data depth. In particular, those in finance now have access to embed-ready current and historic stock prices, while business users have new query tools designed specifically for information and analytics. These are the types of capabilities that the average user doesn’t know about, and yet Microsoft has been steadily improving Excel for years based on its most advanced users’ needs.

So, is Excel still relevant in the age of big data? Undeniably so, even if most wouldn’t know it from their own capacity with the platform. Though it may not be a standalone big data tool, in collaboration with other platforms, Excel is indispensable for high-level management and manipulation, with no indications that it will be phased out any time soon.