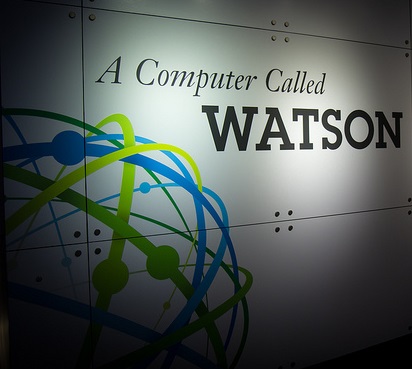 IBM has mentioned that it will release Watson as a cloud service for all to use. Watson has been released into the cloud in test and limited release scenarios. Today marks the first time that any organization can reap the benefits of having Watson run in their cloud.

IBM has mentioned that it will release Watson as a cloud service for all to use. Watson has been released into the cloud in test and limited release scenarios. Today marks the first time that any organization can reap the benefits of having Watson run in their cloud. Rob Merkel, the VP of IBM’s Watson Healthcare Group, mentioned that “Early adopters have been trying out the cloud service, but it’s officially available today.”

CloudWedge has exhaustively written about Watson including the supercomputer’s role in USAA’s Engagement Advisorprogram and IBM’s initiative to bring Watson to Africa to help third world countries. Watson is notable for crushing his competition on the television game show Jeopardy. While Watson made a few errors in Jeopardy, the super computing dominated the competition, even the show that featured former champions.

While Watson showed off its abilities for the world on Jeopardy, Merkel believes the Watson can be used for much more productive tasks. Watson should be on the shortlist of any scientific research firm requiring computing power. Since Watson is now available in the SaaS model, IBM is poised to be able to offer this power for those with research budgets of any size. Merkel explains, “Going with software-as-a-service lets you try it out, lowering the risk of bringing infrastructure in-house before you test it.” Merkel continues, “This is a good way for universities and pharmaceutical companies to kick the tires and see if Watson does bring value and if it works at scale. Meaning if they would do a lot of work on it, possibly they would bring it in house.”

Dan Olds, a respected technology analyst with Gabriel Consulting praises IBM’s announcement. Olds said, “Delivering Watson as a service is a much better way to get potential clients to give the technology a try.” Olds continues, “It’s an easy first step that will allow customers to see if Watson is for them, without having to shell out a whole bunch of money for what is essentially a supercomputer.