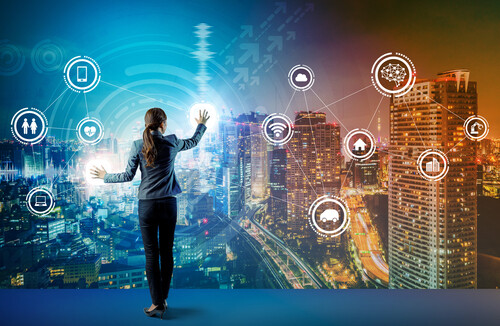 Looking back at some of 2018’s most prominent and exciting AI projects forecasts promising advances in the coming years. With a wide range of startups and government projects boosting visibility and funding for various machine learning operations, there’s plenty to be excited about for both business and personal AI solutions. Of course, there’s also the occasional misfire to keep expectations realistic and learning from these examples remains key in keeping future developments healthy. Here’s what to learn from 2018 artificial intelligence projects.

At a glance, DeepMind’s exhibition that showed off its ability to topple some of the strongest chess and shogi AI may not seem like a major accomplishment, but the ease of relating AI’s progress by comparing it to chess masters makes for a good bridge between the highly scientifically literate and the average person. There are simplifications in this style of comparison yet the basic idea of a computer out-thinking a human in a narrowly defined game of logic and foresight has held up as a benchmark for the progress of AI for decades. Alan Turing even foresaw its usefulness as a comparison for progress as far back as 1947. Go, a Chinese game that has some slight similarities to chess yet remains markedly more complex, has been proposed to be the next logic-based game to focus AI testing on due to its higher difficulty curve in terms of projecting potential outcomes.

AI startups are being bought at a breakneck pace

The past few months have seen several companies change hands as various institutions try to shore up their AI division before the pool of skilled engineers and scientists runs dry. As with most leaps in technology, this frenzy to buy companies will almost certainly shake out a fair few of them from the public eye, but culling those that aren’t able to contribute to the field is just part of that process. Many of the most promising acquisitions tend to focus on companies that might expand existing networks and services. Recently, Avnet bought Softweb Solutions in a move meant to increase the quality of Avnet’s AI division. By folding in a company with previous experience and IoT prowess we may get to look forward to an enhanced rollout rate for IoT networks, especially in regions like Australia whose proliferation of NBN plans during the recent rollout has widely increased broadband coverage. It is worth noting that not every startup makes the cut, as was the unfortunate case with Lighthouse and its AI security program that has sadly been retired. Tracing the source of the program’s failure seems to be a case of the technology just not being ready yet and future companies will almost certainly be able to pitch similar machine learning security platforms as facial recognition technology becomes more finely tuned.

Just as chess programs make for easy exhibitions of AI’s progress, dangerous medical diagnoses make up the unfortunate second half to this year’s progress in machine learning trends. Watson has been trained in giving hypothetical medical diagnoses to cancer patients since 2012, but as of its latest progress report it seems to be handing out poor or downright dangerous advice with alarming frequency. While some hospitals have licensed the technology, few seem to be able to put it to use with any regularity.

Surges in funding are usually net positives, even if the investors can be worrisome at best. The U.S. military recently pledged $2 billion towards its AI program in an attempt to create machine learning solutions that can explain decisions to military commanders in a way humans can better understand. Similarly, the Michigan Institute of Technology has taken steps to point its long-term goals towards AI with a $1 billion reorientation plan.

Overall, reports on 2018’s progress in artificial intelligence development have been fairly promising. Large investments and renewed government interest seem poised to push technology ahead more quickly than the past few years and public interest in the technology behind machine learning is higher than ever. Good or bad, 2019’s AI developments will certainly be worth following.