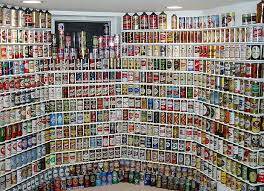 Are There Alternatives to Data Hoarding?

It’s usually an inevitable fact: a company will do a once-in-a-career move: they will move their data to a data center. NOTE: This move is going to be disruptive, you and your company will experience downtime, it’s a perilous journey and things can a go wrong.

It’s usually an inevitable fact: a company will do a once-in-a-career move: they will move their data to a data center. NOTE: This move is going to be disruptive, you and your company will experience downtime, it’s a perilous journey and things can a go wrong. Whether it’s moving your data to the cloud or buying colocation space, this is not your average more, read on to find out how not to screw up your move to the data center, and no, you cannot ask your friends for help or to borrow their truck – it’s not that kind of move.

The Move to a Data Center is a Team Effort

U-Haul’s trucks read “Adventures in Moving”, and considering the company will hand over the keys to just about anyone who meets the minimum requirements to suddenly go from passenger car driver to CDL driver seems to be working for U-Haul.  It’s a mostly effective business model and most of the time, it works.  You rent the truck, pack your stuff and move it, and sometimes it’s an “adventure.”

When it comes to moving your data to a data center, or in the event you are switching data centers, here are the five absolute musts for the move: because servers don’t forgive you if you buy them a beer after you broke their Grandma’s end table.  However, if you do your due diligence and follow the five, there’s a chance you and your data and equipment will be fine – and if you’re in the finance industry you’ve probably already moved to K Street in Washington DC.

1)      Your Company is NOT an Island it’s Part of a Change of Island – You Are Interdependent, Find Out Your Interdependencies

The new world order is one of interdependence.  When it comes to moving to data centers – you need to figure out who you are tethered to, and we don’t just mean cables.   Your company must do some research as to fit the right applications with the right hardware with the right plug – you get the idea.  A place for everything and everything in its place.  If you correctly figure out and associate all the interdependencies in the move group (part of your IT infrastructure) you’ll know what interdependent technologies to move at the same time.

WARNING: Failing to correctly address this issue may (OK will) cause you unplanned downtime.  Avoid this: validate your interdependencies with the people who work with your systems on a daily basis – talk to your application, database, infrastructure and network teams, respectively.  Keep everyone in the know.

2)      The Machines Have Risen: Let Them Believe They are in Control: Your Job: DOCUMENT, DOCUMENT DOCUMENT.

You want your machines to play nice.  In order to do this you will have to maintain the veneer that you are in control, but in reality if you haven’t documented anything and everything you will lose control of the machines and of the move and you’ll lose control quickly.  Let’s say you’re mapped and remapped your interdependencies, but you’ve added new hardwire and forgot to track the change – your move group won’t move along with you – and your system will go down.  That’s why documentation is so important.  If a change is made pre-moved or during the move you MUST document it – so that they will be maintained correctly before and during the move.

You’re moving data centers or to a data center for the first time: you’re heard about Redundancy and you can solve for N in your sleep even if it’s not correct equation: N+2 = 2N+1 – but it happens in the highest level to the rank & file – you forgot to make sure your backups have completed pre-move.  Your company will probably make changes to IT systems during the move – which usually presents a problem as so many things can go wrong.

WARNING: Before the big de-install of the hardware and software systems, make sure your back-ups are completed.  Do this a few times leading up to the move and you’ll probably thank us for it.

Whoever is part of the move should be there, or at least have the bandwidth to support the move over a long period of time. Database, infrastructure, bring along network – just make sure they are armed and ready should something go wrong.

TIP:  Those folks who sold you the latest and greatest in hardware and software – keep them on tap to help ease any problems, that’s why you brought the product in the first place: 1st-class technical support.

This is not a drill folks.  No it’s probably not DefCon1 – that’s a nuclear attack – but get in there people.  This is a potentialDisaster Recovery drill in real-time / life.  You are the command center, act like it.  Define the problem, get the extra help and escalate problems that if you’re in over your head, you’ll know who to be in contact with.  You’ll probably want to do a drill, define, review and escalate in a test scenario.

TIP: This is a great chance to put your disaster recovery plan into effect – even if it’s just a test scenario in the controlled environment of the move.

Follow these guidelines and add your own.  You can never be too prepared for the move to the data center, and if all goes right those who helped you might let them borrow their truck for your next furniture move.  In all seriousness, the move is the ultimate test for your IT infrastructure and if you’re ready, they’ll pass and you’ll be on the right side of the tech revolution.