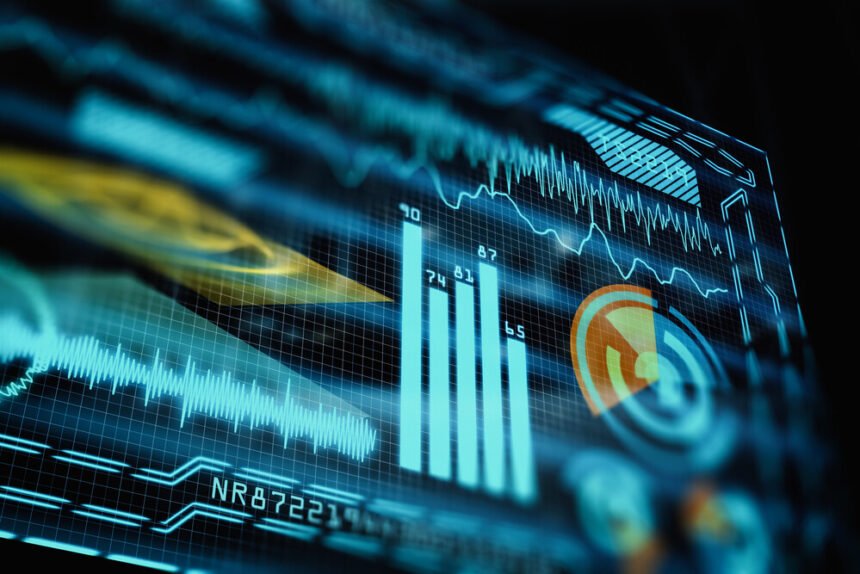 In the early stages of basketball, there was very little use for data and analytics. Sports, in general, were largely anti-data science simply because it didn?t seem like it could apply to a game.

Fast forward to the present day, and data science and data analytics are being used in virtually every single sport. The NBA might not rely on analytics quite as much as the MLB, but all 30 teams are heavily investing more and more money into this side of their business.

The history of analytics in the NBA

The truth of the matter is, teams have used analytics throughout the history of basketball. The only problem? The data was pretty basic up until the 1990s. There have always been box scores posted, which provide basic information like points, rebounds and assists. Those stats only tell one part of the story, and modern analytics are much more advanced.

Baseball has always been a huge influencer on analytics across sports. The one thing going for baseball compared to the other major sports is that it is a bunch of individual battles that are easier to isolate and breakdown. The struggle for team sports like basketball was figuring out how players on the floor positively or negatively impacted others.

Most people point to video tracking data as a huge breakthrough for the NBA. It originated in soccer, but what it did was add a third dimension to traditional stats. Positioning is now trackable the entire game, and that data is useful to break down how each individual was playing.

In the beginning, only a few teams invested in the technology. It wasn?t until the 2013-2014 season that the NBA gave SportsVu (the brand name of the video tracking tool) to every NBA arena.

These days, teams can use video analytics to identify the right positioning for players, and even if they are dealing with some type of injury or not. Teams break down all the information provided from not only games, but practices as well.

Figuring out three is better than two

Anyone who has watched the NBA over the last few years has noticed a revolution right in front of their eyes. Gone are the days where NBA teams pound the ball into a big man and play through them. Teams are shooting threes more and more, and it isn?t just a handful of players on each team. The very few players in the NBA who don?t shoot threes are now rare breeds. How did this revolution start? It all comes down to analytics.

The three-point line debuted in 1979, but many viewed it as more of a novelty than anything for the first couple of decades. Larry Bird, often referred to as one of the best three-point shooters of his generation, led the league in three-pointers during his 1985-1986 season. His total? 82 made in 82 games. That would have put him in a tie for 130th in the NBA this past season.

What analytics have shown is that getting an extra point for a long-distance shot is worth the risk, as long as a player shoots it efficiently enough. For a basic example, a 50% shooter from two-point range only needs to make 33% from three-point range to contribute the same way. Not only does the three-pointer stretch defenses, but it opens up lanes for smaller players penetrating to score. With no big man waiting in the paint, it is much easier to create offense when driving.

How the best teams in the NBA have embraced analytics

In the last decade, three teams have dominated the NBA: The San Antonio Spurs, the Golden State Warriors and whatever team LeBron James is on. All three teams have embraced analytics to get an edge over the competition.

The San Antonio Spurs have constantly stressed movement and getting open three-point shots for not only their stars, but role players as well. They were also one of the first teams to have multidimensional defenders who could guard different positions. This allowed them to switch on screens and still not give up much.

The Miami Heat and Cleveland Cavaliers both understood that they have a once in a generation type of player in LeBron James. If there is one thing, he is only average at, it is three-point shooting. What he does well is create for others and hit the open man, so surrounding him with shooting makes sense.

Another thing the Miami Heat and Cavaliers focused on was utilizing a small ball lineup that had big men who could shoot from the outside. Chris Bosh and Kevin Love did not play exactly the same, but they are both above-average shooters who complemented James? game very well.

Finally, the Golden State Warriors have truly changed the game with the sheer amount of three-pointers they take every single game. During their championship run, they fearlessly shoot three-pointers. Their willingness to pass and keep the ball moving also benefited them quite a bit. With so many shooters on the floor at once, it was only a matter of time before someone had an open look. Of course, it does help when Stephen Curry, Klay Thompson, and Kevin Durant are all on the floor at the same time.

The future of analytics in the NBA

It appears as though the NBA is truly evolving into a position less league. For the modern player to be successful, they need to be able to guard multiple positions and shoot efficiently. Having multiple dimensions to their game means they can stay on the floor against diverse lineups.

Every single team has a number of data analysts who are always looking for new ways to gain an edge. This not helps systematically, but also from a health and nutrition standpoint. With more numbers to crunch than ever before, the answers are there. Teams understand the stakes, and they are willing to put in the work to possibly forma champion.

By Milos Mudric
Follow:
Milos Mudric is a content specialist and tech enthusiast. He is the founder of Silver Fox Digital and SEO brainiac and he occasionally writes interesting stories about Blockchain, IoT and Fintech.