In the United States, a shortage of data scientists is preventing big data from expanding and developing as quickly as it could. 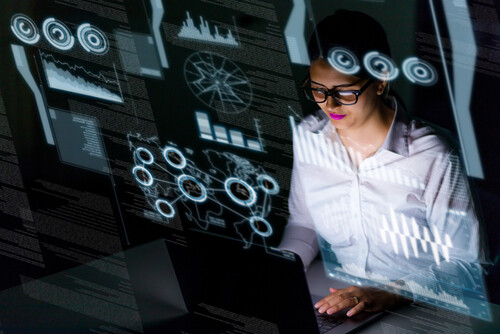 The demand for big data is on the rise, but the industry is struggling to keep up with demand and develop the best possible algorithms. One of their biggest challenges is trying to recruit enough scientists to leverage big data to its full effectiveness. One survey showed that 1-in-3 data scientists working in the United States were born overseas. Companies in the United States are spending massive amounts of resources to hire and train these employees to work for them. Unfortunately, that isn’t an adequate solution yet, because there are too many logistical hurdles that bottleneck the process. There is the long visa process that is also be very expensive, depending on the type of visa obtained. Of course, once someone secures a work visa, they may not be able to stay indefinitely. This reduces the appeal of working in the United States as a data scientist. There is also a 45% increase in evidence form requests. This is another costly, timely matter for businesses. A shortage of talent is nothing new for companies, and with big data becoming increasingly important, this shortage continues to persist. Some 40% of companies are struggling to secure data analytic talent. This can limit their ability to innovate in almost every industry from pharmaceuticals to automotive manufacturing. Companies will see a slowdown in innovation in the future if the problem isn’t rectified.

How the Lack of Big Data Scientists is Being Solved

I have spoken with a number of representatives from some of the largest companies in the country. They have all indicated that a shortage of data professionals is limiting their ability to do their job. Technology companies have the means to hire immigrants, pay for their visas and bring them to work for them. But what else is being done to solve the issue of data scientist job openings not being filled?

READ
How Gamers And Bitcoin Miners Are Using Big Data

Internal training is also taking place, which is training or re-training internal workers to take on the role of a data scientist. Cisco has implemented an internal system that offers an education program in partnership with major universities. The company is willing to offer the program to fill their need for data scientists, and it’s a program that has worked very well for the company. Cisco has also opened their own Visualization Lab, which has been used on a variety of projects and will help boost interest internally for data specialties. Other large companies are following in the footsteps of Cisco, working on internal education programs that will be able to train talent they already have in their ranks to fill the role of data scientists.

Solving the Big Data Challenge Must be a Priority in 2019

Big data’s importance is seen in everything from the way we drive cars (or how they’ll be automated to drive for us) to help solve the opioid epidemic. With the massive abundance of data being collected on a daily basis, the world’s companies will need to have more data scientists to make use of this data. Otherwise, the potential that the data provides will be all but lost.

Andrej is also a dedicated writer and digital evangelist. He is pursuing an ongoing mission to share the benefits of his years of hard-won expertise with business leaders and marketing professionals everywhere. He is a contributor to a wide range of technology-focused publications, where he may be found discussing everything from neural networks and natural language processing to the latest in smart home IoT devices. If there's a new and exciting technology, there's a good chance Andrej is writing about it somewhere out there.

View all posts by Andrej Kovacevic