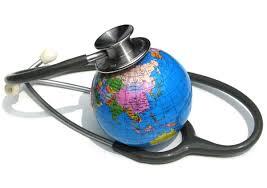 It’s not often that healthcare IT (sometimes referred to as HIT) makes national headlines.

It’s not often that healthcare IT (sometimes referred to as HIT) makes national headlines. Yet that’s exactly what happened after congress recently delayed the implementation of a new medical coding system (ICD-10) until 2015. This is actually the second time that Congress has delayed the switch from the current medical code system (ICD-9), to the latest version. Most other developed countries have been using it for years. Congress’ pushback was attributed to a variety of reasons, including the lack of EHR vendor support, and the small number of EHR solutions that are ICD-10 ready. In discussing the pros and cons of such a move, there’s one topic that tends to be glossed over – ICD-10’s impact on the data analytics market.

The healthcare industry is becoming increasingly interested in data analysis and predictive analytics. From healthcare providers to insurers (and now the federal government as well), every party has an interest in accurately predicting healthcare trends. Currently, most analysis focuses on identifying who is likely to be at risk for conditions such as diabetes, high blood pressure, or other ailments that often lead to larger consequences when left unmanaged.

There’s less analysis taking place inside of hospitals, in regard to which procedures correlate to better patient outcomes. The reason for this largely lies with the current medical code system. ICD-9 has approximately 14,000 different codes, which are used to record what procedures are performed. The new system, ICD-10, has approximately 68,000.

The majority of these new codes are designed to help better track specialized procedures. In general, the new codes add clarification to things such as where certain conditions were found on the patient, what exact type of implants were used to correct a condition, or even just which side of the body was treated. These are crucial data points to have if you’re trying to, say, determine the effectiveness of a specialized knee implant. Delaying ICD-10 means that such analysis will remain on-hold. It also means that business intelligence companies are effectively locked out of this market for another year.

The healthcare industry is projected to spend $34.5 billion this year on IT related costs. The Centers for Medicare and Medicaid (CMS), forecast that health spending will account for almost 20 percent of the US’ GDP by 2022. Once ICD-10 is finally adopted, the amount of patient and procedure data that’s collected will vastly increase. As it does, there will be an even greater need for tools which can quickly analyze it, all the while maintaining strict security measures. In other words, ICD-10 adoption will open the floodgates for larger, comprehensive analytics reports.

Forward thinking EHR and EMR vendors are no doubt already laying the groundwork for implementation with leading business intelligence solutions. Such compatibility could allow providers to one day automatically track the effectiveness of specialized procedures simply by inputting their work into their normal EHR program. Likewise, BI companies that want to capitalize on this untapped market should be tailoring their software around medical workflows. After all, they’ve just been given a year long break to get ready.