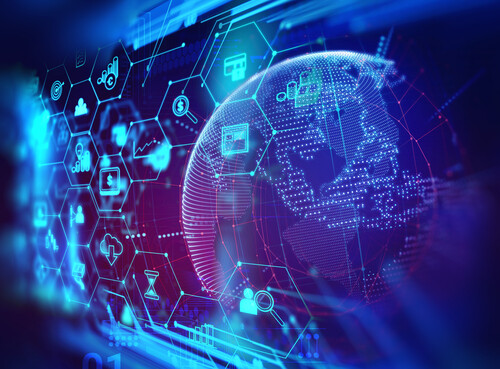 How Financial Institutions Are Becoming the Unlikely Champions of Big Data

The financial sector, due to the huge amount of regulation and pending legislation placed upon it, can be a risky place in which to innovate. As a result, the utilization of big data has severely lagged. However, this is something that is beginning to change. Leading respected analysts from American Banker to suggest that large institutions are playing catch up. Financial services unpacking exactly what big data can do for them will lead to another big shakeup of the industry, following the path made by fintech. Here are some ways that traditional financial institutions are starting to utilize big data to boost their bottom lines.

Loans are, in many ways, the lifeblood of the American financial sector. According to Forbes, the five largest US banks have a combined loan portfolio of $3.8 trillion. This is larger than the GDP of all but four countries worldwide. However, in the wake of the financial crash of 2008, lending has undergone tightening. Today, big data has enabled smaller companies to provide products tailored to customers on key credit options, such as the student loan, through functions like the Citizens Bank and P2P lending, which will typically focus on keeping down interest rates. Big institutions are learning from this; their use of robo-advisers and money management apps is being used to build up a clearer picture of the behavior of potential borrowers. Banks are driving the investment in big data more than most other companies within the financial sector. This is largely due to their sheer size and close ties with financial regulators and tech companies.

Fraud remains a major risk for banks, and is only set to increase as people become more open with their data. According to Financial Regulation News, banks lost $2.2bn to fraud throughout 2016, as revealed by the most recently collated statistics. Big Data is an effective deterrent to this, and has an knock-on effect of improving customer confidence. A notable example is geo-timing, which helps to automatically bring credit cards offline when a geographically impossible pair of transactions have taken place.

Banks, and associated institutions, hold the unique spot of being a bridge between old and new. New, digitally active customers are just as important as old-school clients who hold large deposits. Effectively dealing with feedback is important, but can be difficult; Wells Fargo took over 8,000 complaints in 2017, for example, according to Housing Wire. Big data can help to not only sift through complaints, but can help to train staff and AI functions to learn about expected outcomes and prioritize complaints from there on. The big financial institutions of the US are often hamstrung by regulation. However, indications are that they are now catching up. As big data becomes a big deal for these huge businesses, we can expect to see a more personal touch in the coming years.

Big Data is Transforming the Financial Industry in a Wonderful Way

Financial institutions all over the world are becoming more reliant on the potential of big data. They are starting to recognize that big data can transform their businesses and improve customer satisfaction. What role will big data play in this industry tomorrow? Only time will tell.