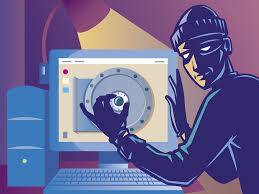 If you are lucky enough to be at the 2014 World Cup in Brazil, chances are you will have access to the public WiFi networks set up just for the event. At least half of the 12 World Cup stadiums will have public WiFi available, with over 2,300 access points.

If you are lucky enough to be at the 2014 World Cup in Brazil, chances are you will have access to the public WiFi networks set up just for the event. At least half of the 12 World Cup stadiums will have public WiFi available, with over 2,300 access points.

This includes inside the stadiums as well as the areas close by, such as parks, public transit stations, and squares. So that means that not only will those inside the stadium have access to public WiFi, but many thousands of other soccer fans outside as well.

Unfortunately, the World Cup (and its public WiFi) is attracting more than just soccer fans.

Danger at the World Cup

While soccer fanatics from around the world will surely love the convenience of public WiFi, the problem is that all of the WiFi networks are completely open. That is to say, they have absolutely no security.

And since travelers from out of the country will not want to incur expensive roaming fees, it’s likely that many of them will simply login to the nearest WiFi network without taking any precautions.

It’s not just the WiFi networks at the World Cup that are putting people at risk in Brazil. Kaspersky Lab, a Russian security firm, looked at 6,000 of the WiFi networks located in Sao Paulo and found that over one fourth of them, 26%, were completely open, and that an additional 12% had weak security that took only a few minutes to break.

Cybercriminals love public WiFi networks with lots of people, because it lets them cherry pick targets. After all, a hacker has so many unsuspecting people to choose from.
According to Kaspersky, hackers at the World Cup will most likely set up fake access points that are designed to steer all Internet traffic through the hacker’s computer, which is known as a man-in-the-middle attack.

If this should happen to you, you could lose all of your sensitive data, your identity, and perhaps even all of your money. If you are in a foreign country when this happens, it would be a huge headache.

So how do you know which are real access points and which are fake ones set up by cybercriminals? You can’t. It’s nearly impossible to tell.

This all points to one inescapable conclusion: there will most likely be many people who will become victims of cybercriminals in Brazil this year. And all because they did not protect themselves while using public WiFi networks.

Protecting Yourself on Public WiFi

If you are at the World Cup (or any other place which offers public WiFi) chances are you are connecting to their public WiFi with your mobile device.

If you have to connect to the public WiFi network, don’t visit any sensitive websites such as your banking site, purchase anything online, or visit other financial websites. Assume that a hacker can see everything that you do.

Better yet, install and use a VPN like PRIVATE WiFi that encrypts everything that you do online and makes you invisible to hackers.

After all, you want your attention on the soccer and the excitement of attending a once-in-a-lifetime event, not on trying to recover from a cybercriminal attack.