Creating a ‘culture of data’: How HR can use analytics in a meaningful way 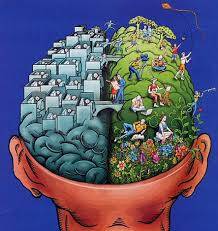 In the analytics space, it is quite common for many organizations to have a team of data miners who are now referred to as data scientists and a team of business users who are often referred to as value architects. It has been a common practice ever since the first direct marketing models were produced for the large catalog and publishing firms in the sixties that both the “data” person or data scientist and the “business” person or value architect needed to collaborate in developing a specific business solution.

But the challenge then and the one that still remains today is this so-called divide between the two disciplines . In many cases, solutions are sub-optimal because there is minimal knowledge or understanding of what each role or discipline is intending to accomplish. Much discussion and material has been written about both these roles but the underlying challenge for many organizations is that there is still a knowledge gap between the two disciplines.

What do I mean by this? The data scientist will indicate that the value architect does not understand data while the value architect will argue that the data scientist does not understand the business problem. As organizations attempt to fill both these type of roles, they will often look for “hybrids” or those individuals that can perform in both areas. However, this is easier said than done. But why? Without turning this article into a paper on neuroscience, brain functionality does play a part. Our brains are divided into left and right hemispheres where the left brain deals with the more quantitiative/programming /data sensitive type activities which is a clear strength of the data science discipline.

Meanwhile, the right side deals with the more “creative” type activities that are critical strengths in developing strategy and goals which are core strengths of the value architect. As a result of this brain physiology, individuals do tend to have a predominance more in one hemisphere than the other and hence the phrase “the person is wired differently” . Yet, individuals will have varying degrees of strength in their less dominant area. For organizations, the challenge is to identify individuals who will clearly have a strength in one discipline but clearly have strong overlap in their other less dominant discipline. But can we find these hybrids? Let’s look at this a little more closely at least within the hiring process and in particular the hiring of young “grads”. Let’s focus first on hiring the data scientist. Through the nature of their work in dealing with data , data scientists are very detailed and subsequently are very process-driven. Consequently, many data scientists tend to embrace the philosophy of “TELL ME WHAT TO DO.” But this kind of philosophy runs counter to finding data scientists that are “value architect” hybrids. How do we indeed find these “hybrids.”

The necessary core technical and quantitative skills should be readily apparent based on the candidate’s background and interview questions dealing with these core skills can ensure that this knowledge base exists. In understanding the potential “ value architect hybrid” of the young data scientist, a number of different scenarios could be presented to identify the business problem solving skills of the data scientist. For example, what kind of approach would a data scientist undertake to solve a problem with limited data. Another example might be to present a situation where a very robust model was created and not used. The interviewer here might ask the data scientist why the model was not used and how the data scientist might probe deeper to better understand its lack of use. These are just some examples in trying to understanding the young data scientist perspective and thought process that goes beyond the more traditional silo approach of “TELL ME WHAT TO DO.”

Let’s now look at the value architect. Typically, business undergrad or MBA students would be candidates who might have broader backgrounds in business strategy or marketing. Knowledge of database marketing and business intelligence would represent some of the newer disciplines or courses now being offered by academic institutions that the candidate would have pursued academically.

In hiring the business analyst or value architect, the “hybrid” component would focus on the quantitative/mathematical capabilities of the prospective candidate. For example, is the individual extremely comfortable with numbers? Does the individual know how to apply this knowledge to solve the given business problem. As part of the interview process, data and numbers could be presented to the candidate in order to understand their thought process in terms of identifying the real problem or business issue. Further questions might probe their thinking in how they might solve the problem. In hiring prospective candidates for both roles(value architect and data scientist), the organization needs to go beyond just assessing the core requisite skills of the specific role. The process needs to identify candidates( both data scientists and value architects) that can solve business problems by looking at data and numbers. In a way, can the individual “tell a story with the data?”

But let’s not forget that there will always be a need for data scientists and business analysts who do not exhibit these “hybrid” skills. For the data scientist, it might be building statistical tools while for the business analyst, it is about generating business reports. But the real key to success in analytics is finding those individuals who are hybrids, where the data scientist attempts to better understand the business issues while the value architect attempts to better understand the data environment. After all, it is these hybrids who are indeed the storytellers and who can determine the appropriate course of action based on their insights gleamed from the data.