I remember 3 years ago having a conversation with Vint Cerf and Lewis Shepherd about federal data in the Google Cloud.  Lewis and I both shared what we believed to be key obstacles Google would have to surmount before gaining widespread acceptance of their cloud capabilities by US feds.  In my opinion, today’s announcements by Google are certainly welcome enhancements, and I’m sure their service in the federal space will improve because of this.  But there are other very important mega-trends to track in the space. 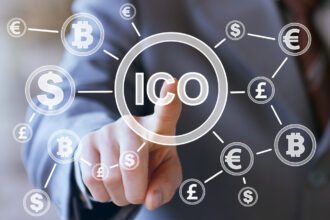 As for today’s news: this was a very exciting announcement– Google Apps for Government.  This is a new version of their cloud-based suite of applications that have been hardened to make it easier for governments to trust increasing their use of Google products and services.

The following is an excerpt from their announcement at Introducing Google Apps for Government:

“Today we’re excited to announce a new edition of Google Apps. Designed with guidance from customers like the federal government, the City of Los Angeles and the City of Orlando, Google Apps for Government includes the same great Google applications that people know and love, with specific measures to address the policy and security needs of the public sector.

We’re also pleased to announce that Google Apps is the first suite of cloud computing applications to receive Federal Information Security Management Act (FISMA) certification and accreditation from the U.S. government. The FISMA law applies to all information systems in use by U.S. federal government agencies to help ensure they’re secure. The federal government’s General Services Administration has reviewed the documentation of our security controls and issued an authorization to operate, the official confirmation of our FISMA certification and accreditation. This review makes it easier for federal agencies to compare our security features to those of their existing systems; most agencies we have worked with have found that Google Apps provides at least equivalent, if not better, security than they have today. This means government customers can move to the cloud with confidence.”

The announcement also underscored that data for Google Apps for Government will be stored in a segregated system located in the continental united states, and that this system will be for the exclusive use of government customers.

I think the deeper meaning of this announcement can be found in light of the many other trends and actions underway in the enterprise IT space.  For example, consider the recent announcement by Microsoft that they are offering Azure as an Appliance (see: Azure Cloud Platform Deployable to Enterprises).  We know Microsoft has been thinking about this for quite a while and judging from the comments Google has been getting from Government customers they must have been working for quite a while to establish a capability here.

The other members of the IT industry (including those we track on the CTOvision.com Tech Titans list) are not standing still either.  Not just Microsoft, but IBM, Cisco, Oracle, HP, EMC and Dell are all making big moves in the enterprise IT world centered around enhancing enterprise IT abilities to provide computational power on demand.   Then outside the enterprise we see very attractive capabilities from Google, Amazon, Terremark, Rackspace, Box.net, Salesforce.com and many many others.

Some Concluding Thoughts: We live in interesting times.  Enterprise CTOs (especially government CTOs) need to help shape solutions based on mission needs (including functionality, security, reliability, resiliency, security) and cost. Sometimes that may result in a solution leveraging one of the great external cloud capabilities.  But with so many very capable, more secure enterprise capabilities it seems there still remain far more internal options to satisfy requirements.