Public cloud to see strong growth in 2017, though projections differ on how much 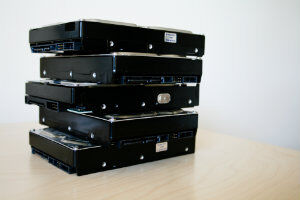 Hadoop itself is an open source project that startups have now integrated with the cloud to offer big data services. Startups have also developed hybrid and other flash solutions to help cut costs and improve performance. Young companies have also been developing software largely targeted at helping business handle the data created by launching web and mobile services.

Some examples of startups and the technology they are offering include:

All of these startups have been fairly successful, landing big clients who are willing to pay a lot of money for what they have to offer. It seems the big names-Oracle, IBM, Dell-have fallen behind. Why is this? Large corporations take a lot more time and resources in order to explore a new market. While a startup can quickly take an idea and run with it, large corporations tend to follow behind either developing their own product or acquiring startups in order to expand. In fact, that could be the end result of this surge in development. The big players will use their large budgets and influence to slowly buy out the startups and retain their place as the industry leaders.

However, many of these startups are pushing forward on their own giving signs that they want to thrive on their own, not be bought out. MobileIron, for example, had raised $150 million in investor funding September of last year and is preparing for an IPO. FireEye also completed its IPO last year, earning about $304 million.

So who is driving the future of enterprise technology? Startups have definitely taken the lead when it comes to innovation, but in the long-run, it’s likely that many startups will be bought by the big-name giants, leaving only a few companies that go on to become common names in the enterprise space. Who exactly that will be is yet to be determined.