Where to Go to Learn About Network Security 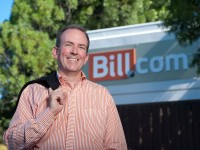 “Simplify.” “Automate.” “Streamline.” These are some of the key words that are consistently thrown around when you engage in conversation about startups.

“Simplify.” “Automate.” “Streamline.” These are some of the key words that are consistently thrown around when you engage in conversation about startups.

Many startups claim to offer one of these benefits to their user base or client portfolio. However, in reality, little come close to providing true added value. Oftentimes, the product or service of said startup is a spinoff of an existing product or service on the market with a few (very) minor tweaks.

So, why are telling you all of this? One of these rare companies is Bill.com. Founded in 2006 (less than 10 years ago), Bill.com transformed business payments tasks by simplifying payments (both receivables and payables) for small to mid-sized businesses.

Earlier last week, Bill.com secured $50 million in investor funding for a cloud invoicing product. While several executives could (and should) be credited in having a hand in this deal, it was really one person behind this that deserves a bulk of the credit.

Therefore, we are happy to award this week’s Geek of the Week honors to René Lacerte, CEO and founder of Bill.com. For those of you still unfamiliar with this series (gasp!): roughly one year ago, CloudWedge launched a feature called Geek of the Week.

In this feature, we award the ‘Geek of the Week’ honor to someone from our news posts of that week we feel have done something that deserves special mention or praise. This is either directly through their actions or those of their companies. This award is a certification of honor as the receiver is considered to be a ‘cloud leader.’

René is the visionary, entrepreneur, and ultimately a vital force behind the success of Bill.com. Prior to Bill.com, René was also the CEO and co-founder of PayCycle, which he successfully helped transform into a highly profitable business. René also holds a B.A. in Economics and an M.S.I.E. from Stanford University.