Last year will be remembered as the year that the vision of taming Big Data started to become a reality. This trend will accelerate in 2013, as the infrastructure continues to mature and enterprises large and small start to consider how data will impact their businesses and industries.

Last year will be remembered as the year that the vision of taming Big Data started to become a reality. This trend will accelerate in 2013, as the infrastructure continues to mature and enterprises large and small start to consider how data will impact their businesses and industries.

Yet, Big Data still enters 2013 as a relative toddler. One IDC study estimated that only three percent of the world’s data is tagged, and a mere 0.5 percent of it is being analyzed.

Which developments will advance our limited command over Big Data in the year to come? Four major trends will drive the evolution of Big Data in 2013. 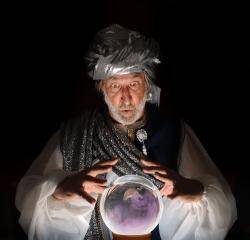 1. The Cloud Will Dominate

My 2013 prediction:  One Fortune 500 company will adopt a “cloud-first” strategy similar to the U.S. Government.

The cloud is maturing with regard to both security and cost. Everywhere you look, from General Electric to NBCUniversal, Comcast, American Red Cross to the US Government and it’s cloud first strategy, major organizations are increasingly placing their proprietary data in the cloud. Large organizations, traditionally more risk-averse adopters of new technology, are comforted by the fact that cloud services are evolving to provide enterprise-level performance and security features.

The inherent costs and limitations of on-premise solutions also render cloud solutions an increasingly attractive alternative. In an era when massive amounts of new data – including mobile, social and geo-locational data – are being generated in the cloud, businesses will sense the futility of accessing and analyzing such data in on-premise systems. Why endure the expense of migrating cloud data to an on-premise system that is ill equipped to host or handle the volume of data generated in the cloud?

Even those who never considered business intelligence (BI) in the cloud will begin facing these types of questions. And as more companies decide the answer is to store, access, and analyze their data in one place, cloud BI will come to be seen as the norm. Considering that one of the greatest tech successes of 2012 was the $637 million IPO of Workday, there’s certainly reason to believe that the tipping point for exponential growth in the cloud sector has arrived.

My 2013 prediction: A large enterprise software will acquire a Big Data  vendor for $1Billion.

The infrastructure-as-a-service (IaaS) and platform-as-a-service (PaaS) spaces are growing crowded with players including Google’s AppEngine, Amazon EC2, SalesForce Heroku, HP Cloud Compute and Windows Azure. As competition heats up, margins will erode. Vendors will train their sights higher up the stack in an effort to gain a competitive edge and lock customers in. The recent launch of Amazon’s Redshift is indicative of this strategy. We expect similar offerings from other vendors in the space.

3. Value Will Be Driven Further Up the Stack

My 2013 prediction: One obscure company will close an $80M round as the VC community goes into a froth over the predictive analytics space!

As cloud infrastructure becomes commoditized, the value in the Big Data stack will become concentrated in higher layers. Companies that provide layers of abstraction on top of commoditized infrastructure, enabling businesses to analyze data to solve real business problems, will prosper. So while infrastructure providers have generated the bulk of buzz and garnered the most investment dollars to date, we expect to see solution providers, getting more attention from investors and the media in 2013.

In particular, we’ll see rapid expansion in predictive analytics and the AI techniques that are used to make data actionable. Forrester’s Mike Gualtieri goes so far as to predict “algorithm wars” between all the new players that are entering the predictive field. And you can expect venture capital to take notice of the most promising of the warring factions.

4. Data Will Be Pushed Out to Consumers

My 2013 prediction: The Cancun vacation of one SVP of Sales from a major company will be ruined by a text message informing him of his imploding pipeline.

A recent Cisco study projected that by 2016, mobile devices will outnumber people. The growth of mobile has changed the way we view, interact with and process information.

One significant change in mobile this year will be the transformation of business data consumption from a ‘pull’ model to a “push” model. Rather than pull data from the Internet themselves, users will be pushed, or presented with, the data that is most important to them. In the recent past, consumers have grown accustomed to being notified of incoming text messages, emails, upcoming calendar events, and breaking news headlines from the home screen of their smart phones. 2013 will be the year that business users come to rely on home-screen notifications to alert them of major developments within their enterprise.

These are exciting times in the Big Data space! If the focus of 2012 was on developing the technologies and infrastructure needed to support a new generation of tools for harnessing Big Data, the emphasis of 2013 will be on the use of these tools to solve business problems.

As affordable and secure cloud BI platforms continue to eclipse on-premise solutions, the number of software solution providers will burgeon to meet the growing demand. Competition amongst cloud providers will be fierce, but will ultimately benefit the consumer – further reinforcing the trend toward high quality cloud BI solutions that provide business value.

The implications are just tremendous. Business users accustomed to sifting through data stored in the clunky on-premise solutions of yesteryear will now rest assured that mobile device push notifications will automatically alert them of any issues that demand their attention. Moreover, as cloud solutions improve and more data becomes available for analysis, enterprises will find new use cases in their data – and new business problems that need to be solved.

The imminent trends of 2013 are clear. Who knows which new heights will be within reach just a year down the road!