Ways Big Data is Changing Capitalism for Centuries to Come 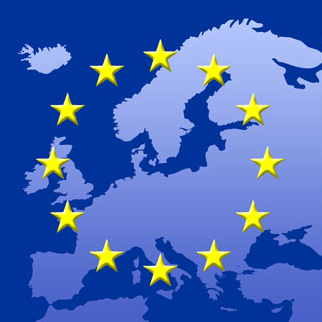 Some European Union regulators reportedly are concerned that major Internet companies such as Google and Facebook gain an unfair competitive advantage from the detailed consumer data they hold, since other companies can never hope to amass anywhere near as much of it.

Some European Union regulators reportedly are concerned that major Internet companies such as Google and Facebook gain an unfair competitive advantage from the detailed consumer data they hold, since other companies can never hope to amass anywhere near as much of it. In addition, some regulators worry that with less competition, these data-rich companies will disregard their customers’ privacy preferences and become more invasive. Not only are these regulators wrong, but by mistakenly classifying big data as anti-competitive and anti-consumer, they risk driving European companies away from the most productive uses of data, which would harm the competitiveness of European businesses and limit the potential consumer benefits.

Unlike most other business inputs, data is not a finite resource. One company’s use of consumer data does not preclude another company from developing tools to collect and use the same or similar information. One company cannot feasibly monopolize consumer data since consumers freely enter into a wide range of product and service agreements that allow myriad other companies to access to their data. For example, Facebook’s data set is undoubtedly robust, yet many other organizations, including other social networks, dating sites, insurance companies, retailers and universities, build tools to collect similar data. Thanks to the Internet, barriers to collecting data have never been lower.

While some companies certainly have a head start on data, an advantage with data is no different than an advantage with any other key business input. Just as companies are not anti-competitive because they invest heavily in research and development, companies are not anti-competitive because they invest heavily in collecting data. Neither does having more data than anyone else ensure that market leaders will remain dominant. Many companies can successfully compete with larger rivals as long as they have a critical mass of data. For example, Pandora, which started in the United States in 2000, surely had large stores of consumer data by the time Spotify, which started in Sweden in 2006, entered the U.S. market. While both music streaming services offer paid, ad-free subscriptions, thelarge majority of their listeners opt to use the free, ad-supported versions that utilize user data to target advertisements. If it were true that large, more established Internet companies have an unfair advantage over the competition, then logic would dictate that Spotify should fail. To the contrary, though Pandora is still the largest player in the music streaming market in the United States, Spotify has been able to rapidly and consistently grow its user base.

Finally, there is little reason to believe that data-rich companies will weaken their privacy policies and handle consumer data less responsibly as they gain market share. All companies, regardless of the level of competition they face, risk reputational damage by abusing their customers’ trust. Furthermore, larger companies attract a proportionately large share of public and regulatory scrutiny. One needs only to observe the flurry of news stories that follow every change Google or Facebook makes to its privacy policies to be sure that no anti-consumer subversion would go unnoticed.

The reason Facebook enjoys such a large user base is because consumers find value in participating in the largest social network. Restricting the size of the network — or circumscribing the company’s ability to leverage user-generated data to offer more services — would necessarily reduce the value consumers receive. If regulators in the EU are concerned that data gives certain companies an unfair competitive edge, they should encourage a more robust data economy so that new entrants and incumbents both can easily collect and share data. Strict regulations that prevent companies from exchanging data could create the exact anti-competitive problem that regulators are trying to avoid — because startups are better able to compete with their larger rivals if they can easily collect and buy data. Regulators in the EU should be careful not to craft policies based on a misunderstanding of the role of data in business, as these policies would adversely impact European companies, reduce value for consumers, and hinder the advancement of data-driven innovation around the world.

This article originally appeared in Computerworld.