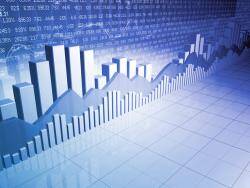 Enterprise Data Trends to Watch for in 2014

Like most parents, I try to be a good role model. Often, though, my advice to my son falls under the “do as I say and not as I do” category. Just last night we had the latest in a series of discussions about personal organization when I discovered he’d left his math assignment at school.

Like most parents, I try to be a good role model. Often, though, my advice to my son falls under the “do as I say and not as I do” category. Just last night we had the latest in a series of discussions about personal organization when I discovered he’d left his math assignment at school. While I was telling him how important it was to ensure he has all of the materials he needs before he boards the school bus, I was flashing back to my own experience at the office that morning when I’d had to summon a colleague to let me in as I’d forgotten to make a note of the new door code and bring it with me.

I suspect the same thing applies to much of the management advice that is regularly disseminated on this blog and other outlets geared toward IT professionals. As I wrote earlier this year, project management and real-time course correction were prominently featured on a list of eight private-sector best practices the Technology CEOs Council suggested the federal government could use to save money. Yet a new study by Oxford University researchers and McKinsey consultants found that all IT projects — whether public or private sector — suffer from similar problems.

According to a silicon.com story about the study, one in six technology projects veers out of control, a rate that is 20 times higher than projected in standard risk management models. The researchers call these out-of-control projects “black swans.” Bent Flyvbjerg, professor at the BT Center for Major Program Management at Oxford’s Saïd Business School, tells silicon.com the problem hasn’t received a lot of attention, as most research focuses on average cost overruns and thus misses huge variations in performance.

(Of course IT projects have cost issues too. The study indicates IT projects are two to three times more likely than large-scale construction projects to experience cost overruns.)

Flyvbjerg believes there are several reasons for high rates of IT project problems. A big one is lack of senior executive involvement. Senior managers have tended to see IT as less strategic and delegate responsibility for it, Flyvbjerg tells silicon.com, though he believes that’s beginning to change.

I’ve written numerous times about the importance of active executive sponsors for technology projects, in March citing Deloitte Consulting Principal Bill Allison’s advice that CEOs should write the program charter for ERP projects. And earlier this summer I offered some suggestions for getting business sponsors to back IT initiatives.

In addition to getting senior managers involved, Flyvbjerg offers five tips to keep IT projects on track: