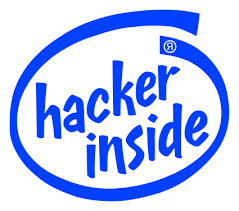 Sometimes it takes massive failure to raise an alarm. The recent pillaging of up to 14 million federal employee social security numbers—which some have suggested was an act of cyber-espionage—is just one example among many in the ‘massive failure’ department. Most of the news we see in this vein involves corporate hacks, like the infamous JP Morgan Chase breach of 2014 that, according to the bank, affected 76 million households. And just like the data that goes missing, the news quickly evaporates from the front page and is buried in the archives, to be replaced by the next big story, the next captivating grab at human interest.

This evaporation occurs because we don’t immediately see how big data theft hurts the individuals involved. In short, there’s no more news to report.

We get the more humanized stories when data theft happens on a smaller scale. For example, in terms of data cached on digital photos, NBC reported on the inherent risks of sharing photos online due to the possibility of a predator being able to swipe locational data from photo files. The thief can use the locational (geotag) data to find out where the photo was taken, and can use the information to prey on the unsuspecting victim. The danger of data theft seems more imminent when it could present an immediate physical threat to a flesh-and-blood victim.

The accumulation of large amounts of data, though, doesn’t seem to strike us as rife for calamity until after it happens—I haven’t seen any pre-emptive warnings on NBC about the potential for accumulated data to become a field of clover planted on a sink-hole.

For marketers, big data ties directly into the physical details affecting a potential customer’s buying decisions. Demographic data is a way to get to know your customers in their native environments, and companies collect data on internet habits, hobbies, and buying habits. From there, companies use this data to create customer personas. They take huge banks of data and use the figures to affect the physical realities of the individuals involved. Without this use of big data, I wouldn’t see the ads that pop up on my Gmail sidebar, and the supermarket nearest me would not be arranged strategically to cater to my buying patterns—I wouldn’t eat the same lunch I’m going to eat today, or at least I would have a harder time finding the items I can easily stumble into now.

What’s required is a bigger focus on the ways in which big data security breaches can affect individuals. In the case of the Office of Personnel Management hack I cited at beginning of this piece, the social security numbers of the individuals in the database were not even encrypted. Identity theft, anyone? Or do these numbers go towards feeding even more insidious and subtle agendas mapped out in smoky backrooms?

In order for necessary encryptions and security measures to be put in place, I think we need to use the power the internet gives us as citizens with a voice. We need bills passed and opportunities to vote on new initiatives. The more we call for improved encryption practices in public and private spheres of big data, the more likely we are to get them. And, the more we work on developing new technologies to improve data security, the better the results.

Dan Matthews
View More Posts
Dan Matthews is a freelance writer who specializes in tech, business, and finance. You can find him on Twitter @danielmatthews0.