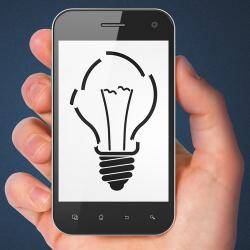 I’ve been thinking a lot lately about the invisible consequences of our smartphone/mobile/digital world. Somewhere down the road, the dematerialization of cultural artifacts will be viewed, I believe, as a major shift. Looking back from today, books are our oldest mass cultural form, then between 1880 and 2000 we got music, movies, then television into widely available portable formats.

I’ve been thinking a lot lately about the invisible consequences of our smartphone/mobile/digital world. Somewhere down the road, the dematerialization of cultural artifacts will be viewed, I believe, as a major shift. Looking back from today, books are our oldest mass cultural form, then between 1880 and 2000 we got music, movies, then television into widely available portable formats. Eventually, and rapidly, all of these became digital, and fungible: 15 years ago the radio couldn’t play back voicemail nor could a VCR host video games.

The business competition between Amazon, which won the first leg of the e-book/e-reader race, Netflix (ditto for movies), and Apple (music) is for extremely high stakes, but not our concern today. As the barrier to cultural creation drops, artifacts get easier to make. Compare the process of creating photographs in 1913, 1963, and today. Humanity has never made — or shared — so many images, but how will these increasingly ephemeral artifacts get passed down? Finding one or two photos of my grandfather when he was a young boy was lucky and important; in 100 years, what will my grandkids have to show for their infancy, adolescence, and young adulthood?

Google’s recent decision to drop the Reader product is instructive here. At what point do changing cloud computing business models endanger and/or support preservation? Is there any conceivable way Facebook can keep adding billions and billions of photo uploads in perpetuity? Given that some kind of limits will be reached, where do our cloud-identities go when businesses fail? As more and more variations emerge, what will be the fate of digital personae after we die? We may well confront a paradox: we make more images than ever before, yet in the future, we could have less of a visual inheritance.

A whole other branch of issues revolves around platform compatibility. Some of my written masterpieces from the 1990s are stuck on 3 1/2″ floppies for which I no longer own a working drive. That’s a hardware question. What about software compatibility? For how long will Adobe support the PDF standard? In the absence of such support, and the possibility that a given standard will not be open-sourced to a community that can maintain it, we will see further stranding of digital assets.

In such a world, what lasts? I was pondering this question when considering graduation gifts. An Apple device, no matter how sleek and easy to hold, will be obsolete in five years, maybe before. Music is hard to give: for how long can we assume most every household will be able to play a CD? The last two computers I bought, not to mention every tablet, lack the capability. One day I will wake up and realize, yet again, that there is another format of information I can’t access, joining the floppies, VHS, Jazz, and Zip media boxed up, worthless, in the basement.

Books have played a huge role in my life. Leaving grad school, the moving company found that our books on the van outweighed the car that was also on the truck. Many books tell a story, independent of the printed page. Bookplates were a classy accoutrement of prior generations; inscriptions can still be precious.  But the fact remains that, apart from university press books, most paper rots, some startlingly quickly. Books weigh a lot and occupy substantial space. The stereotype of a book-lined academic household is giving way to cloud-ish realities: it’s quicker to consult Google to hunt down a footnote than to drive to the campus library or plow through the boxes in the garage, given that my book collection currently surpasses my available wall space for shelving it. Much as I hate to admit it, books are losing their appeal for me as gifts, especially “special” ones. The good news is that books’ operating system is now stable, and is likely to remain so.

To return to the question, what lasts in a digital world? Paper is a mixed blessing, but Moleskine has made a very profitable global luxury brand out of blank books (if you are a fan of the Italian-made gems, check out this fascinating article related to the company’s upcoming IPO). Pens continue to satisfy; alongside the European classics, several Kickstarter businesses growing out of the cult following that has emerged around the 0.3 mm Pilot Hi-Tec C are fascinating to track. I don’t watch people in their 20s and 30s closely enough to know whether pens are being replaced in the preparation of grocery lists, birthday cards, or journals, but sense they are not. (From “Dear Diary” to “Dear Evernote”?) Relating pens to a broader category, tools can be truly lasting gifts, the antithesis of digital ephemera. Specifically, bladed tools seem to hold some deep appeal: knives, kitchen or otherwise, and chisels/planes strike me as heirlooms more than, say, striking tools (“here son, a titanium framing hammer as your graduation present”), mechanics’ tools, or even saws. In the grooming arena, shaving razors, and those lovely badger brushes, seem to continue the theme. Scissors, whether run with or standing still, don’t hold the same appeal, but I don’t write as a quilter or scrapbooker, for whom such tools might indeed be long-lived, essential, and personal.

Ah yes, say some women friends, you’re so much of a guy, always missing the point: jewelry has struck a nerve for millennia. Gold, precious stones, and other articles of adornment appeal deeply to many women from many cultures. To this I say: true, but “little jewelry” is an oxymoron in my experience. Finding something well-made, lasting, and appealing for the same price as a Swiss Army knife or decent “graduation” pen has been difficult for me. There’s also the strong sentimentality: giving jewelry to the babysitter graduating from high school feels a little too personal. Tools have a safety zone that rings do not. In both cases, however, the appeal relates to hands: things that people before us touched, treasured, and took care of mean so much more than something shiny and new — unless we can imagine the new present enduring across generations.

The essential role of blades in our species’ survival speaks to some deep parts of the psyche located, I suspect, far removed from the dopamine pumps so capably triggered by multitasking, texting, tweeting, and online grazing. To the question of “what lasts in a digital age?” the answer, I submit, is simple: tools that fit the hand of the user. Or gold.