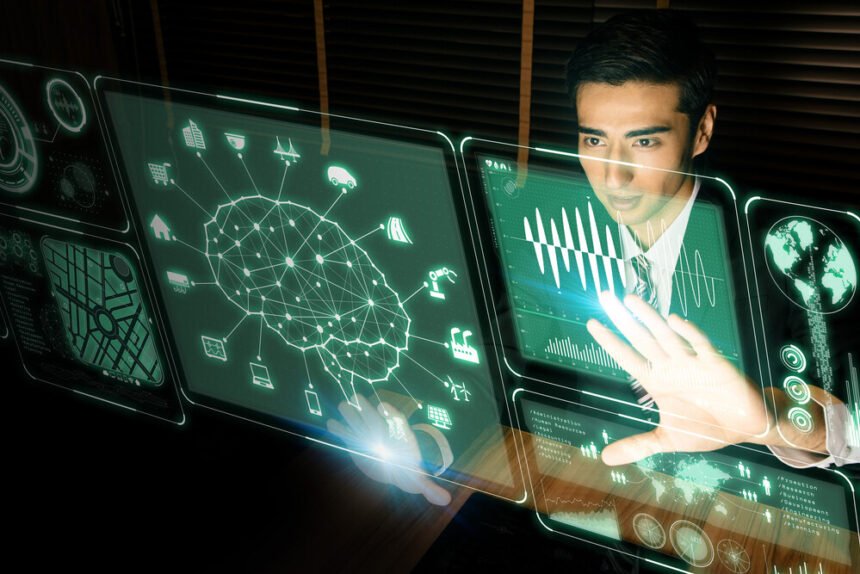 Democrat presidential hopeful Bernie Sanders is running on a Medicare for All platform. He intends to give free healthcare to every American. The effort is laudable and realistic, but he needs to come up with a solution to contain costs. Deep learning is likely to play an essential role in keeping costs in check.

Bernie Sanders needs to talk more about ways that he can control costs before passing Medicare for All. He should elaborate more on the benefits of big data and deep learning.

A lot of big data experts argue that deep learning is key to controlling costs. Health IT Analytics wrote an article on the cost benefits of using big data in healthcare. This will be essential for all countries. It will be especially important in the United States as we discuss transitioning to a Medicare for All System.

Mobile applications and robots were presented at the conference and at the fair itself. The focus was essentially on solutions with a technology approach and the use of large volumes of data not only in the medical sector but also in related areas, such as using mobile applications to improve fitness or nutrition.

The experts emphasized the importance of using these tools to control costs, as well as boost the quality of healthcare services.

“Last year 44 million health-related applications were downloaded, while investments in the sector are expected to grow by 45%. People are concerned about their well-being, and policy makers are concerned about the bill.  The British company Equivital is dedicated to compiling data on people’s physical activity to understand the causes and effects it has on their health. “Public health has to move from managing disease to promoting wellness, prevention,” said CEO Anmol Sood. Martín.

Many experts presented data provided at the conference. They said that it is estimated that ” 45,000 people die each year from misdiagnosis in the United States every year, which as high as the number of people that die from breast cancer. No doctor could analyze the 5,000 scientific articles published annually on coronary diseases. However, a computer could. The medical examination, the diagnosis, the prescriptions, most of the doctor’s activity can be done by a robot and with more objective data in the head. Computers are better at organizing rich and complex information. Computers could replace 80% of the current medical work, even extend their skills. This would both lead to higher quality outcomes and lower costs. It would also minimize the need for wait times, which is a concern Medicare for All critics have raised.

Reed V. Tuckson, one of the great American authorities on public health, addressed the need to use this technology to keep costs in line. This is an issue he discussed after getting promoted to be Chairman of VitNel Net’s Board of Directors.

“There is no other solution in the health sector: either we take advantage of existing technologies, from mobile applications to big data, or public health will go bankrupt in all Western countries”.

His statement was separate from the Medicare for All discussion. The focus on single payer healthcare makes his point even more salient. This underscores the need for deep learning in healthcare.

The health model and the health sector in general, is one of the sectors where big data is having the greatest impact at present and where its applications will grow dramatically, both for the medical area, as well as for the areas of data analysis (medical records, clinical analysis …), health center management, hospital administration, scientific documentation (generation, storage and exploitation) …

According to the 2011 Kinsey Global Institute[2] study on big data, undoubtedly one of the most referenced on the Web, it estimates that big data applications in the field of health could benefit the European public sector by 250 billion euros and the US health sector by 300 billion dollars. Subsequent studies from October 2012 on the impact of big data in the health sector also confirm the same budget data and other considerations that we will discuss below.

In October 2012, Bonnie Feldman and other colleagues at Fieldman 360° published the report “Big Data Healthcare Hype and Hope”[3] where they explore, quite accurately, how big data is becoming a growing force for change in the healthcare landscape. According to Feldman “the potential of big data in medicine lies in the possibility of combining traditional data with other new forms of data at both the individual and population level”; that is, carrying out the integration of structured and unstructured data. In fact, in the health sector an immense amount and variety of data is generated, whether structured, semi-structured, unstructured or unstructured.

Let us remember that structured data is data that can be stored, consulted, analyzed and manipulated by machines, normally in data table mode. Unstructured or unstructured data is the opposite. Structured data are the classic patient data (name, age, sex…) and unstructured data are paper prescriptions, medical records, handwritten notes of doctors and nurses, voice recordings, X-rays, scans, MRIs, CT scans and other medical images. To these data and belonging to both categories as well, we can consider the electronic files of accounting and administrative management, clinical data and more.

Medicare for All is Contingent on Advances in Deep Learning

Bernie Sanders and many Americans want to implement a Medicare for All healthcare system. However, they will need to make sure costs are controlled properly. Deep learning will make it easier to do so, which will keep the system sustainable for the years to come.