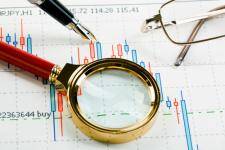 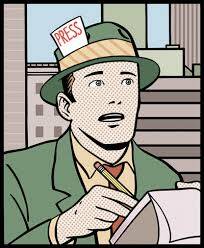 As it currently stands, big data is one seriously wild, wild west. It’s implications are far reaching, but its implementations are quite slow. And even once the use of big data is implemented for an individual, across a company, for a country, throughout the globe — will we even know the true value of the information provided? Will we be able to tell when big data turns into useful data?

As it currently stands, big data is one seriously wild, wild west. It’s implications are far reaching, but its implementations are quite slow. And even once the use of big data is implemented for an individual, across a company, for a country, throughout the globe — will we even know the true value of the information provided? Will we be able to tell when big data turns into useful data? Can we look at the industry and see the emergence of a data democracy — and then use it as such?

To take a lesson from history, as is often best practice for predicting the future — given human tendencies rarely change over time — it will take a massive upheaval of current practices and a vast data education for the use of big data to become so commonplace that its benefits far outweigh the public’s fear. In the past, that upheaval has been driven by an industry we all know well — an industry that has fought tooth and nail against decline, against suppression, against time, really. We call that industry, albeit not always fondly, journalism.

Through journalism we’ve come to embrace change, accept condolences and form communities. Through journalism we have successfully rallied for the rights of individuals against history’s most infamous monopolies. Through the written word, and brave reporting, media bias takes a backseat and truth becomes a beacon of future change.

Today, with the emergence and prevalence of big data, journalism is ever-more at the front lines, fighting for proper data use for the public as well as within the journalism field itself. In the industry, this is known as data-driven journalism — a type of writing and reporting, though historically always a part of the journalistic process, that involves using analytics, numbers, point of information to tell a wider, yet more relevant narrative.

And last week, data-driven journalism proved to be a science, as the Tow Center for Digital Journalism released a 144-page long report, written by Alexander B. Howard, on the methods and predictions concerning running a data-driven newsroom. With 14 points in all, Howard’s report runs the gamut, hitting on robo-journalism, especially as it relates to real-time reporting of natural disasters. as well as the need for journalist competency in data security and collection (so journalists can best explain the policies and practices to readers).

Overall, as we move forward in the data revolution, a journalist’s role is an active one. Through proper editorial and education, our collective data understanding will heighten, encouraging new uses, proper protection and the implementation of policies that will ensure data serves us for the better rather than the worse.

It’s an important time for the journalism industry — and using data to drive higher profits as well as serving the community through education and explanation will determine which news outlets thrive — or flounder.

The tech here is cool — drones, Watson, wearables. But those are only the implications. The implementations will take much more than journalism’s open embrace — it will take a culture shift from that of following gut feelings to one of trusting the data. And journalists new role will be to ensure that the data is indeed worth trusting.