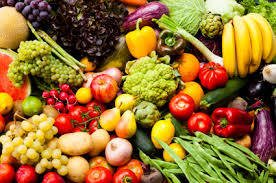 How the Internet of Things Is Making Food Safer 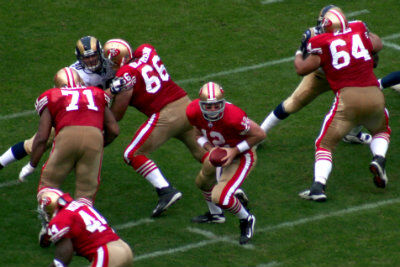 Imagine you’re at the biggest game of the season. You sprang for the good seats, and the score has been close the entire game, making every play crucial to the outcome. Of course, you skipped lunch because you wanted to get to arrive early, so now you’re starving. What are your options?

Imagine you’re at the biggest game of the season. You sprang for the good seats, and the score has been close the entire game, making every play crucial to the outcome. Of course, you skipped lunch because you wanted to get to arrive early, so now you’re starving. What are your options? Generally they consist of battling the crowds at halftime, risking getting up and missing an important play or ignoring those hunger pains through the rest of the game. None of these are too appealing.

If you happened to be at a home game for the San Francisco 49ers, however, you wouldn’t have to make a choice as long you had your phone with you. The 49ers are developing an app that allows fans to place an order for food in their seat and then have that food delivered to them by a runner. Imagine that: No more standing in line to get that hot dog or waiting for the right vendor to walk by in the stands and hoping your cash makes it to the end of the row.

This convenience for fans is just one way the iconic team is using mobile technology and big data cloud computing to its advantage.

Scouts have to sort through a lot of data when evaluating players. With thousands of players and 24 different positions, it’s hard to believe scouts can keep anything straight. Just gathering all of that data would be an enormous feat. In fact, Niners scouts spent 85 percent of their time collecting and sorting through data, leaving only a small amount of time for analyzing it. Due to this challenge, the 49ers turned to SAP to help them develop a template that collects all of the data into a single web page. The app significantly simplifies the recruiting process by eliminating steps scouts have to take and allowing scouts to look up information about a player from a single source in real time.

The 49ers’ use of mobile technology and big data is leading the way to some significant changes in the sports industry.

If data can be used to evaluate potential players, it can certainly be used to evaluate and improve the performance of current players as well. Back in 2008 the San Francisco Giants started using a camera system to track the movement and velocity of every pitch, along with the movement and location of defensive players. This footage is then broken down into data points and analysed to see how players can improve.

Real-time data on players’ heart rate, speed and position can all be used by coaches to identify how much stress is being placed on players during practice, and to recognize any changes that indicate a player is at risk of injury.

The NBA has also jumped into the fray by placing high-tech cameras that capture the position of each player and the ball 25 times every second in all of its arenas. The data collected by these cameras can be accessed by fans who want to find out what factors affect their favorite players’ performance, or any other question they want answered during a game.

These are just a few examples of how the sports world is adopting modern technology to boost their competitive advantage and create a more social and interactive environment for fans. What other apps would you like your favorite team to develop? Perhaps with big data technology, such as apache hive, they can make it happen.