GDPR: After 25th May, What Medium And Long Term Actions? 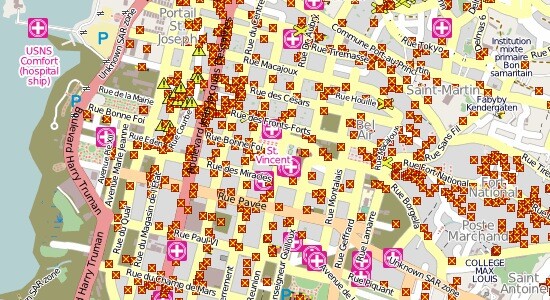 The de facto standard GIS software for many agencies is ArcGIS, which, along with its predecessors, was for decades the preeminent enterprise-scale computer mapping solution. ArcGIS, the flagship product of mapping software firm Esri, stores data in proprietary file formats, meaning that users must have a copy of ArcGIS to use data produced by the program. ArcGIS competes with free, open-source alternatives, including QGIS, which have been embraced by the open data community.

Government agencies that want to publish their data in a form usable on all systems have needed to convert from ArcGIS formats, sometimes in large volumes. However, this can be a labor-intensive process, and agencies may lack the resources or expertise to switch to alternative systems that can easily publish open data.

Recently, however, Esri has announced changes to ArcGIS that will allow government users to easily organize, host, and release geographic data openly. Esri’s new initiative, which will go live with a new version of ArcGIS slated for release in March 2014, enables any data in ArcGIS to be published openly. Agencies can specify which data to open, categorize and create hierarchies of information, and store the data in the cloud or on-premise according to their preferences. The public can visualize, manipulate, and download bulk data in common open formats, such as GeoJSON and KML.

In the short term, this will allow government agencies to easily open up their GIS data at virtually no additional cost. The Environmental Protection Agency (EPA) will be the first ArcGIS user to publish data in this fashion, demonstrating an application that uses Esri’s publishing platform to rapidly investigate the effects of a toxic substance released in a region’s drinking water. Neither the government-facing nor public-facing components of the new ArcGIS feature require programming knowledge, although agencies can also offer application programming interfaces (APIs) to enable developers to tap into the system to create their own software. Moreover, agencies can easily include data published by subsidiaries in their own catalogs. For example, a state economic development agency can consolidate data from county development programs without additional software.

GDPR: After 25th May, What Medium And Long Term Actions?

Pssst … How Much Money For Your Personal Data?