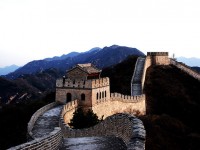 A plethora of websites including a popular content distribution network is currently inaccessible inside of China. GreatFire.org reports that EdgeCast’s Content Delivery Network has been blocked from China for the past day. EdgeCast is responsible for delivering thousands of cloud services, websites and apps inside of China. Even mainstream websites such as Sony Mobile, The Atlantic and websites that facilitate Firefox plugins that could be used to get around China’s “Great Firewall” have been put on the block list.

EdgeCast officially recognized the Chinese ban by releasing a statement on its website mentioning, “We have been hearing from our CDN and monitoring partners throughout the industry and our own customers that more sites, CDNs and networks are being filtered or blocked by the Great Firewall of China.” The statement goes on to say, “This week we’ve seen the filtering escalate with an increasing number of popular web properties impacted and even one of our many domains being partially blocked … with no rhyme or reason as to why.”

In an interview conducted by the SCMP, Charlie Smith, the founder of GreatFire, candidly speaks on the issue by saying, “Taking down so many sites in one go will have a huge economic impact – online commerce, trade, even academia will all be affected by this; While the economic cost is huge, the authorities are also risking upsetting Chinese netizens who suddenly wake up to find out that they cannot access a plethora of websites.”

The communist country looks to control speech online by blocking websites and cloud services that could be used to peddle dissenting information about the regime in charge. Many analysts believe that cloud services are being used inside of China to spread political information that is forbidden by Chinese law.

Charlie Smith continues his comments mentioning, “We have acknowledged all along that our method of using ‘collateral freedom’ hinges on the gamble that the Chinese authorities will not block access to global CDNs because they understand the value of China being integrated with the global internet; However, the authorities are doing just that – attempting to cut China off from the global internet.”

Popular websites such as Facebook and Twitter have been banned for sometime inside of China. William Nee from Amnesty International notes, “China’s internet model is one of extreme control and suppression. The authorities use an army of censors to target individuals and imprison many activists solely for exercising their right to free expression online.”