How Audience Marketing Allows for Better Analytics of Brand Reputation 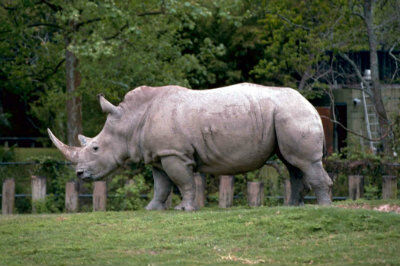 Without dwelling on the problem, what are the solutions? Even after hiring more wildlife officers and using drones to patrol national parks, the overall area is too big and resources are too small to catch these criminals. However, some suggest the answer to this problem won’t be found solely in technology, but with math.

Enter big data, the concept of collecting piles of information to help find important details and insights. This practice might actually hold a few answers to fight this growing problem. While many think of data as a means of improving marketing efforts and building better products, it has also proven to be useful in crime prevention. Law enforcement is using big data analytics to crack down on fraud and money laundering, as well as in major cities to detect criminal hotspots and prevent crime. It’s this last idea, identifying hotspots, that could prove useful in tracking and stopping poachers.

Take tiger poaching in India as an example. Here, poachers are incredibly familiar with the jungles. They are able to blend in, move around and kill these endangered animals while effortlessly avoiding officials. With so many poachers, and so few officers, it’s almost impossible to track down these criminals.

This is where big data comes in. Much like what police forces and other law enforcement officials are doing in metropolitan areas to track down on crime, wildlife groups are looking to apply the same process. The idea is to pinpoint poaching hotspots, and direct more resources there, in order to maximize effort and efficiency. For example, officials could collect information on all the areas where reports have come in from where captured or killed tigers have been found, or where traps have been discovered. Over time, plotting this information would help determine if there is commonality in where these instances occur. Or even further, if scientists and experts could use this analytical process to plot where a streak of tigers might travel throughout the year, and anticipate attacks from poachers and provide the right security measures to combat any potential threat.

Already, research has shown that poachers in India use trade routes where they can easily blend in with other passengers. Not to mention, these routes pass through many trading hubs, which is where poachers will make their sales. Running location-based analytics and building algorithms for trade routes could help identify which routes match tiger migration and territories, and once again, allow officials to devote the right security to the area.

Using big data analytics isn’t exclusive to rhinos and tigers. Microsoft co-founder, Paul Allen, recently donated over $7 million to help combat elephant poaching in Africa. No one’s really sure how big the elephant population is, which makes them hard to protect. Researchers and officials are hoping that with accurate count data, they’ll better understand the numbers they’re dealing with and the dynamics of the species, which will make them easier to protect.

Like with tigers in India, once researchers understand population sizes and the migration patterns of elephants, they can begin to identify the areas where poaching is most likely to happen. Collecting environmental data and creating models could help wildlife officials understand if poaching is more common at night, dawn, when a full moon is out, or during the dry season. Armed with this information, officials can then identify where animals are likely to be at those time and respond accordingly.

Big Data as a tool

In this fight, data won’t replace human officials. What it will do is empower them with better information and the ability to make more informed decisions. It doesn’t matter if it’s rhinos in Africa or drug dealers in Los Angeles, big data can serve as a powerful tool in preventing crime and protecting the world around us.