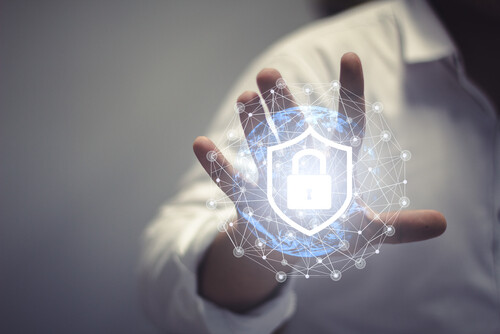 The growing complexity in IT networks along with the emergence of technological marvels like Internet of Things, the global connectivity is headed to its peak. The evolution of smart algorithms, artificial intelligence, machine learning, and other cutting-edge, innovative technologies shows a promising future. However, amidst all this technological upheaval, a menace called cybersecurity threat is also emerging profoundly. In fact, the inventiveness and sophistication of cyber attacks have also grown in an equal proportion, if not more! Today, hacking has become much more than just scanning and penetrating any network by exploiting vulnerabilities. Cyber attacks are succeeding because traditional tools used by organizations are no longer effective. The modern complex chain of attacks takes place in multiple phases. That is, reconnaissance and exploitation; exfiltration of data and access persistence over time. In the recent WannaCry ransomware attack of 2017, hackers targeted computers running on Microsoft Windows operating system by encrypting data and demanding ransom payments in the Bitcoin cryptocurrency. This attack is a telltale sign of the growing sophistication of modern cyber warfare. In fact, ransomware is now available as a service on the dark web. In addition to that, cryptojacking, supply chain attacks, and mobile malware are raising the bar of innovation to the next level. Consider some more facts: According to Malwarebytes, Between June and November of 2016 alone, almost one billion malware-based incidences occurred. Another fact indicates the estimated cost of cybercrime is up to $1 billion; while, it is estimated that 99% of computers today are vulnerable to cyber terrorism. Thus nothing paints more alarming picture of the state of cybersecurity threat than these figures.

The Growing Significance of Data Science in the Realm of Cybersecurity

It goes without saying, much like what happens in terrorism, adversaries only need to succeed only once, whereas defenders have to get it right every single time. This is where the data science comes into play that can go a long way in preventing, detecting, and responding to any cyber attack. Data science is primarily about bringing a logical structure to an unstructured data. With this approach, it is easier to compare normal versus abnormal patterns via machine or deep learning algorithms. From cybersecurity point of view, data science harnesses a predictive power to automatically distinguish between safe network traffic and potentially malicious traffic that can be an indicator of an active cyber attack or malware infection. Although majority of websites can be protected against cybercriminal activity with the implementation of secure coding principles, a reliable web hosting like Hostpresto, updating secure server software, and encrypting sensitive information, but applications of data science are relatively a new paradigm. Here are the uses of data science for cybersecurity challenges:

Statistical methodology is a part of data science that uses mathematical models and techniques for statistical analysis of raw data. In general, it extracts information from research data and provides different ways to assess the robustness of research outputs. From the perspective of cybersecurity, statistical methodology can provide an exciting growth area in the design of cyber defense mechanisms. This can be achieved through anomaly detection of unusual behavior against understood statistical models of normality.

The potential of data science is so overpowering that the National Institute of Standards and Technology came up with a framework, which incorporates data science into cybersecurity. This framework aims to achieve the following objectives:

As per its widely accepted definition, Predictive analytics uses many techniques from data mining, statistics, modeling, machine learning, and artificial intelligence to analyze current data to make predictions about future. On the other hand, cybercriminals are constantly trying to create innovative models and algorithms for cyber attacks of bigger scale. So to break this stalemate, the frontiers of predictive analytics can provide important insights to data scientists. However, preempting a future attack could amount to finding the needle in a haystack. These self-learning analytics can monitor activities across multiple networks and real-time data streams in order to identify threats as they occur without having specific knowledge of the exact signature. While it is true that the variety and volume of data involved in identifying and predicting security threats are overwhelming, but predictive analytics can immediately detect anomalies in network traffic and data flows. Thus it will help data scientists to quickly recognize normal activity, while minimizing false positive alerts.

There is no denying fact that hacking is an evolving menace, nobody knows what form it will take in the future. But the promises data science has shown in the field of cybersecurity are phenomenal. The further advancements of data science will provide a huge opportunity to businesses and organizations to address their cybersecurity concerns.

By Smith Willas
Follow:
Smith Willas is a freelance writer, blogger, and digital media journalist. He has a management degree in Supply Chain & Operations Management and Marketing and boasts a wide-ranging background in digital media. He’s thrived within the digital advertising and marketing industries for the past several years, working for such companies as Time Inc., NBCUniversal, and Ogilvy & Mather.