In a recent quarterly earnings call, CEO Mark Zuckerberg announced that Facebook Messenger now accounts for close to 10% of all global mobile Voice over IP calls. With WhatsApp, an application that Facebook acquired for $19 billion, having introduced VoIP calling over their platform, the adoption rate of VoIP is at an all-time high.

In a recent quarterly earnings call, CEO Mark Zuckerberg announced that Facebook Messenger now accounts for close to 10% of all global mobile Voice over IP calls. With WhatsApp, an application that Facebook acquired for $19 billion, having introduced VoIP calling over their platform, the adoption rate of VoIP is at an all-time high. The exponential growth has telcos across the world raise their voices for laws that will enable them to bypass net neutrality issues and protect their revenues. 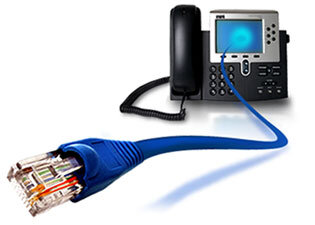 But what does the adoption of Facebook Messenger and WhatsApp mean to enterprise VoIP providers? Businesses have been warming up to VoIP based communication services for more than a decade now. According to some estimates, the VoIP market is expected to grow to $76.1 billion in 2015 thanks to a 52 percent compounded annual growth in SIP trunking (between 2011 and 2015) and a near doubling of hosted business VoIP and Unified Communications services. While there is no doubt that this growth is likely to continue in the foreseeable future, could the likes of Facebook Messenger and WhatsApp derail the enterprise VoIP growth story?

To answer this question, we will first have to look at what business owners look for in a communications system. Is the migration from traditional PBX based phone communication services to VoIP merely due to the cost advantage? Or is there more to it?

As Richard Smith points out in a recent article, VoIP provides a seamless ability to integrate connectivity over web browsers, email, social networks, instant messengers, etc. However, from a business standpoint, there are certain requirements that simply cannot be compromised. Reliability is of the major requirements – unlike the traditional telephone systems, VoIP has a tendency to do down along with an internet outage. Similarly, security is another major factor that is paramount to businesses.

While free VoIP messengers like those from Facebook and WhatsApp are path-breaking for retail consumers, they are simply not enough for business requirements. In the case of business VoIP, providers need to deploy additional infrastructural gear to ensure redundancy, call continuity, and backup connections. Additionally, with remote working on the rise and a global workforce becoming increasingly common, unified communication systems that are integrated to your VoIP calls are extremely critical. Free or near-free services like those from Facebook and WhatsApp simply cannot match the reliability and trust commitments that business owners seek.

That is not to say that these services are not a threat to enterprise VoIP and communication service providers. Skype is a great example of a VoIP service that is equally preferred among retail and business customers. But as the Skype experience has shown, even a behemoth like Microsoft has not been able to push through the adoption of Skype into the enterprise segment – at least not until the product was reinvented to integrate with other business productivity products like Office. Facebook, despite being a social media Goliath, is not placed conveniently to take on competitors in the enterprise segment.