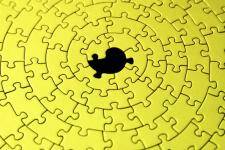 What Big Data Doesn’t Appear to Tell Us, But Actually Does

The development of Songdo started in 2000 and with a projected cost of $ 35 billion does not come cheap. Cisco has ensured that every inch of the smart city is wired with fibre optic broadband. In 2016 there will be 65.000 people living in Songdo, while another 300.000 people will commute daily to Songdo. All those people will be using the many connected devices, transportation or other connected services; creating massive amounts of data that will be send to computer process that keep Songdo operational.

Also the traffic will be measured via RFID tags on cars. These sensors will send the geo-location data to the central monitoring unit that will signal black spots or congested areas. Also the public transportation is completely wired and all locations are always known. Even when the citizens will throw away their garbage in the disposal containers a chip card will have to be used. So in Songdo, even garbage creates data.

But even the climate, energy consumption, leisure activities or water consumption will be monitored by data. Special cameras will keep Songdo secured, while children will ware bracelets with sensors so that kids can be found when they get lost while playing. The smart energy grid will ensure that everywhere in the city there is just sufficient energy available, not wasting any energy because intelligently matching supply and demand.

All that data will be collected, analysed and monitored in real-time by the central monitoring hub. With so many citizens and workers using so many connected devices and services, Songdo will be a worthy big data creator, bringing big data to a whole new level. The data will provide valuable insights in how people work, live and think within the smart city. This information can be used to improve the city in the following years to optimize everything. Songdo is not the only smart city currently being developed. Masdar City in Abu Dhabi is another example of truly connected cities that will be able to think. If the behaviour of people will change in cities like Songdo is still unsure. One thing is pretty clear; smart cities will have a major impact on the amount of data created on a daily basis and it will change how cities are operated and managed.