How Big Data Is Transforming Airports 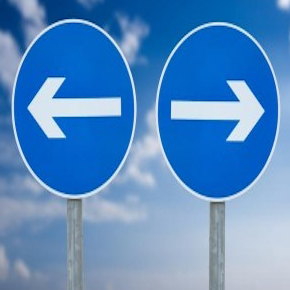 I have written at length about the fundamental contradictions of Big Data, but what I have omitted in the past is quite possibly the biggest contradiction of all. Probably because it has more to do with how Big Data is continually hyped, rather than having anything to do with Big Data as a bag of technologies – which has a whole assortment of problems in its own right.

I have written at length about the fundamental contradictions of Big Data, but what I have omitted in the past is quite possibly the biggest contradiction of all. Probably because it has more to do with how Big Data is continually hyped, rather than having anything to do with Big Data as a bag of technologies – which has a whole assortment of problems in its own right.

Last time I spoke with you about the contradictions of the Big Data it was about the three Vs of volume, variety and velocity. In general, it was a view that was well received, even if not widely understood. Which of course is close enough for government work. But, get ready for “something completely different”.

If on the one hand some folk can claim that Big Data provides fact based insights and reliable forecasts of future habits, trends and preferences, then why is it so difficult to produce and socialise – yes, I like to use that term – Big Data success stories?

In short, I think we have arrived at the stage in Big Data’s cycle where it is reasonable to ask pundits to either put up or shut up.

So, why aren’t the current Big Data success fables accompanied by facts, such as names of those involved (at least businesses), the sponsors, the suppliers, the purpose of the exercise, the desired outcomes, the data used, how it is processed, what the results were, and what tangible benefits, if any, were accrued or are accruable. If that is not enough, then let people mention the technology used, the products purchased or licensed and the methodology followed.

In short, what I would like to know is why are the evangelists of Big Data telling us that bigger data is better, that more variety leads to greater insight, and that velocity is king. Why do we we told that Big Data almost assuredly results in better decisions, by people who are coy, shy or secretive about almost facts and data coming out of Big Data projects?

I have been reminded, time and time again, that there are Big Data success stories out there, and I have even been told that this information would be fully shared with me once it was agreed with the ‘clients’ that it was okay to do so. Okay, that’s fine, I know Big Data is a roaring success story (at least in people’s minds,) and I also know that it takes some time to make things up – some people are just not creative. Sure, I was told about these ‘successes’ some time ago, and you know, I’m not expecting anything that’s worth shaking a stick at, either now or later, but I’m still waiting, boys. Notwithstanding, you will still called you out as vacuous bullshitters when the time comes.

“But” I hear you cry “there is a wealth of success stories in the presses”.

Well, no, and you would wrong and gullible and foolish to think, but that is your problem, but unfortunately also mine, because this is my profession that you are playing fast and loose with.

The thing is, people may read the blog title and even the stand-fast, but will be less inclined to actually read the article, so what remains is the impression that there are ‘loads of Big Data success stories’. But if people actually read the articles and were intelligent enough to understand them, then they would realise that inevitably there is a massive mismatch between the title of these pieces and the content. Indeed, if these pieces were actually pieces of advertising, rather than blog comments, they would be denounced in some jurisdictions for not fulfilling the advertising criteria of legal, decent and honest.

There is one more thing that Big Data evangelists (or any self-styled pundit, guru or expert for that matter) should understand, internalise and remember. If you say that you have a Big Data success story, with all the details, and that isn’t in fact the case, and it isn’t even remotely a success story or even true, then you are simply lying, and that’s deceit, it’s unprofessional and it’s unethical, and you are a scoundrel. So live with or fix it, the choice is yours.