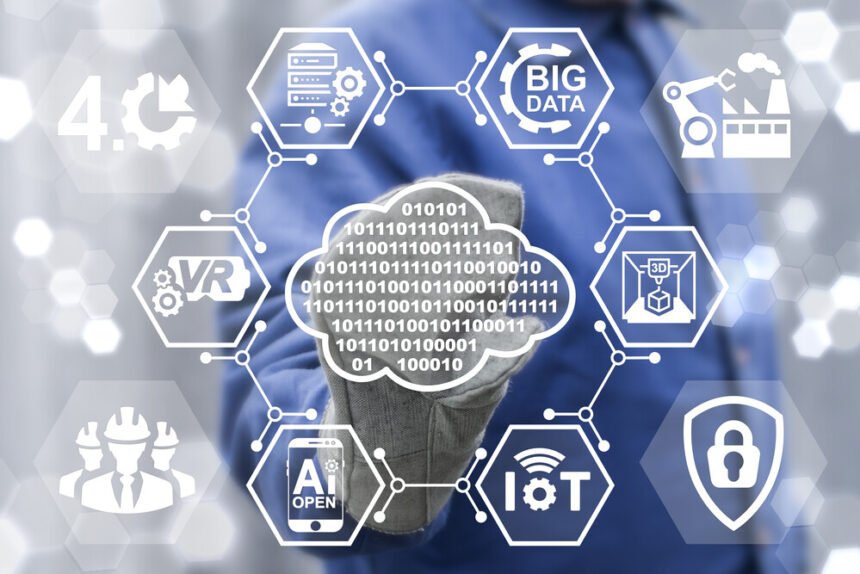 As the advancement in the technologies across the globe have catch the lightning speed, technologies like big data, IoT and blockchain have make their individual identity and proven to be an asset to the various global industries. In this era, almost every techie person knoww each of them independently and also many do know their combined uses and its benefits, but for the sake of novice readers, let us see the brief of each of them.

There are many industries that can be efficiently be benefitted with big data analytics solutions i.e. Healthcare, Retail – Consumer, Finance Services, Web and Digital Media, Telecommunication, eCommerce & customer Service etc., where Data is in massive volume – thus, storage & further analytics needs to be done by Big Data Management Tools. Also, there are n- number of tools in the market from using which, we can manage the Big Data i.e. Hadoop, Apache Spark/Storm, Ceph, Google Big Query etc.

In simple words, IoT is the ‘Active Things’ connected to Internet. These ‘Active Things’ can be Sensors, Devices, Appliances, Vehicles etc. They either collect & send some information over some server through Internet or they receive information & act upon it or they can do both. In the upcoming days, the requirement will be of the third type – they collect information & send and also they receive some information and react accordingly. There are thousands of application of such devices in theory which will soon become reality. Also, these kind of applications will be on massive scale across varied industries and the data transferred will be in huge – managed by Big Data applications. Some examples can be taken as IoT for Buildings (Homes, Offices and Parking spaces etc.), IoT in Agriculture, IoT in Automobiles and IoT in Healthcare Sector and so on.

Blockchain technology was came to light with the origins of Bitcoin. But as the time passed, it was realized that the same technology can be used for many things (various databases -which has some value), apart from just doing financial transactions securely. Blockchain technology have distributed architecture for Database system. It does not have any centralized address of data, rather data is replicated as part of ‘Blocks’ at multiple machines (called nodes) on internet, thus being very difficult to hack for anyone.

In Blockchain database, each record with some key (hash code) is known as ‘Block’. It contains details like Time Stamp for particular transaction and key to previous ‘Block’ in Chain, which is also replicated at various locations/nodes.

Thus, it is nearly impossible to tamper with these blocks as there is no single source of data and if anyone tries to change in single block, that change will make subsequent blocks irrelevant, so that particular tampered block will be discarded from the Blockchain by other nodes (users in network). In simple term, as this algorithm has distributed architecture and same information is replicated to various places, it is virtually impossible to make changes to each place/node, so making this architecture a much secured one.

Big Data services in some industries can be very sensitive and needs to be secure as well as privately held i.e. Banking, Defence, Healthcare etc. Thus, the main concern for the owners or stakeholders for this Big Data is the security of their data. Though, there are many technologies available for security of Big Data which can be discussed upon while big data consulting, but there are some serious flaws of such techniques and Data is vulnerable.

In the similar practice, data received and send between IoT devices are very sensitive and needs to be immune i.e. in surveillance, city traffic controls, in defence sector etc. As large the IoT application, – multiple devices sensing, sending, receiving and acting – larger the data will be produced and to be controlled.

The other concern for management of such Big Data produced is their traditional Centralized architecture. Many of the devices in IoT application is also sending data to & receiving data from – a central server (one or multiple). Though this kind of architecture for managing data is vulnerable and not fully secure as source of data is single or limited. Also the cost for managing their central servers will increase day by day with the piling of data every day. Thus, there has to be some fundamental change in managing such data.

There are some inherit features & benefits in the functioning of Blockchain Technology, through which we can secure the Big Data & IoT data (at low cost) in a way, which is virtually impossible to breach. Through Distributed Architecture of Blockchain, biggest concern of securing & managing the growing data can be solved as there won’t be any central database needed.

Data is validated and replicated over various nodes of network which is nearly impossible to attack. In coming years, boom of automation will be there, in which billions of IoT devices will be managing plenty of tasks. There also, management of Central Servers can be avoided and Data can be transferred on the secured network of Blockchain.

That will definitely boost the Data Turn Around Time (TAT) as well as security of such data as the devices are not connected to a single location. Also the major advantage will be in the deduction in maintenance cost for these billions of IoT devices, as manufacturers won’t be needing any central repository to upgrade or update the firmware of such device.

Thus to conclude, we can say that Blockchain technology can be a transformation and proven as blessing in coming years to manage big data and IoT devices.

By Vikash Kumar
Follow:
Vikash Kumar is Online Manager at "Tatvasoft Australia, a Software development company and Enterprise level Mobile application development. Apart from his profession, he also has a passion of blogging in which he shares his expert advice on Enterprise Solution and cloud services.