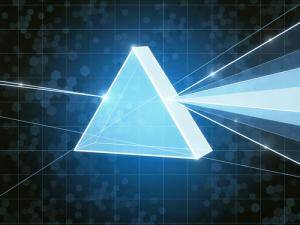 One of the victims of the ongoing National Security Agency (NSA) scandal may be also one of the most prominent memes of the 21st century. For more than a decade the idea that “consumers are in control” has permeated marketing thought, often driving strategies and significantly enhancing the popularity of social media.

One of the victims of the ongoing National Security Agency (NSA) scandal may be also one of the most prominent memes of the 21st century. For more than a decade the idea that “consumers are in control” has permeated marketing thought, often driving strategies and significantly enhancing the popularity of social media. Recent disclosures, however, are proving that the notion is not only wrong but, more importantly, wrong-headed.

Content may be king in the realm of marketing, yet as in many monarchies real power resides elsewhere. In this case, it is within the massive troves of consumer data companies have been compiling. Last week, Bloomberg reported that thousands of technology, finance and manufacturing firms – the government’s so-called “trusted partners” – voluntarily provide it with customer communications. No doubt there are myriad other less intimate enterprises that also gather and stash similar information.

In truth, no one knows precisely how much data has been vacuumed up over the years. The NSA has repeatedly told Congress it can’t keep track of its surveillance operations; and one of the biggest problems many companies face is their failure to use of most of the data they capture. But according to Viktor Mayer-Schonberger and Kenneth Cukier, co-authors of the best-seller Big Data: A Revolution That Will Transform How We Live, Work and Think, this much is for sure: “more data is being collected and stored about each one of us than ever before.”

Many consumers already know this. (If they didn’t before the scandal, they probably do now.) Still, knowing is not always the same as understanding. In his research, Joseph Turow, a professor at the University of Pennsylvania’s  Annenberg School of Communication, has found that most Americans are unfamiliar with concepts like data mining and behavioral targeting. They are also limited in their ability to use technologies that protect their privacy. Moreover, few grasp the fact that by simply “liking” something on Facebook, they may inadvertently reveal their ethnicity, economic status, political views, religious beliefs, mental health or sexual preferences.

Nor do most consumers realize how companies can exploit their data not only to learn more about them, but also to restrict what they may see in return. Facebook’s EdgeRank, for example, is an algorithm that determines whether and where posts appear in its users’ feeds. Yelp has  come under fire from several small business owners for allegedly using its algorithm to selectively filter customer reviews. The problem, notes journalist and researcher Doc Searls,  is that “by focusing on you, and by getting personal with you, the content managers (these managers are actually algorithms) narrow your view to what they think you should see.”

Circumstances such as these belie the kinds of engagement Big Data are supposed to promote. Indeed, the fact that marketers describe their relationships with consumers in terms of control suggests they are often adversarial affairs. Control is defined as “exercising dominating influence or power over” another. To quote a popular 20th century meme: “information is power,” and those who have it are loath to give it up.

Not surprisingly, the Interactive Advertising Bureau (IAB) has consistently opposed machine-driven “Do Not Track” standards for Internet browsers that could prevent marketers from monitoring peoples’ online activities. For their part, browser owners Google and Microsoft are among technology companies that have lobbied against California’s Right to Know Act of 2013, which would require businesses to make customers aware of any personal data they hold or share.

Even so, many companies’ cravings for vast amounts of data do not jibe with their capacity to effectively manage them. More than 70 percent of chief marketing officers surveyed by IBM have admitted to being unprepared to deal with the current data explosion. The company’s research has also concluded that fewer than one-in-four marketers have advanced analytic capabilities. Plus Facebook’s most recent privacy breach once again raises questions about whether any organization that handles so much information can keep it secure.

Accordingly, the average marketer may not be all that more savvy about Big Data than the average consumer. The difference, however, is that she has the resources to hire people who are. Which is why traditional marketers are handing over some of the control to third parties that include data scientists, mathematicians and even physicists. At the other end, consumers must still rely primarily on legislators, the courts and the occasional whistleblower.

Ideally, the two sides might someday meet half way and redefine their relationship in terms other than control. To that end, the World Economic Forum issued a report earlier this year based on what it describes as “a nine month, multistakeholder, global dialogue on how the principles for using personal data may need to be refreshed…” Among its recommendations is the necessity to find new ways to engage individuals beyond current notice and consent policies.

It is an ambitious undertaking, and a good first step would be to get all sides on the same page; though that may take a while. In a much cited survey of 409 consumers and 257 marketing executives by the Economist Intelligence Unit and digital marketing firm Lyris, only 23 percent of marketers believe their customers are worried about privacy. That falls far short of the 49 percent of consumers who are “very concerned” about who scrutinizes their online activities and why.