You may laugh at this statistic

As of the end of September, AOL still had 3.5 million subscribers to its dialup Internet access service. A recent BusinessInsider article points out that: 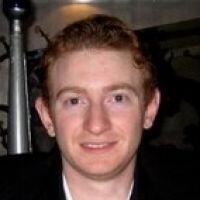 What carries you up will also bring you down

You may laugh at this statistic

As of the end of September, AOL still had 3.5 million subscribers to its dialup Internet access service. A recent BusinessInsider article points out that:

According to AOL’s earnings release, the “average paid tenure” of its subscribers was about 10.6 years in Q3, up from about 9.4 years last year. (Of course, some of AOL’s existing access subscribers might not even realize they’re still paying for it.)

But for those who don’t have access to broadband, don’t want it, or don’t need it, AOL is still better than no Internet access.

I read this article and, once I got past the fact that more than 3 million people still hear those annoying dial-up sounds, couldn’t help but wonder about the inherent data limits of using such a datedtechnology . Note that I am well aware that for years AOL has offered broadband services. Yet, the company’s dial-up customers represent the very definition of Small Data.

Now, 3.5 million people can generate an awful lot of data, but dial-up is not making a comeback anytime soon. It’s hard for me to envision a future in which 52k/s Internet connection speeds rule the world. (Can you imagine a 15-year old kid waiting two minutes for a page to load?) And AOL head Tim Armstrong agrees, as evinced by his hyperlocal news strategy. Armstrong believes that the future of the Internet is all about content. (Shhh…don’t tell anyone.)

A Tale of Two Data Approaches

When you’re connected to the Internet at a fraction of the speed of the rest of the world, you’re going to generate a fraction as much data as those flying around at 20mb/s. Pages take longer to render, transactions don’t process as quickly, and people become more frustrated and give up doing whatever they were going. And you’ll lose customers–and all of the data that goes with them. The best that you can hope for is (relatively) Small Data.

Contrast Small Data with Big Data. The latter is so, well, big that it cannot be handled with traditional data management tools. Hence the need for Scala and Hadoop. The latter is a project with the intent of developing open-source software for reliable, scalable, distributed computing. Now, big data can be a big challenge, but it’s kind of like having to pay “too much” in taxes because you make a great deal of money. Would you rather not have to pay any taxes because you are impoverished?

AOL’s problems are well beyond the scope of an individual post, but suffice it to say for now that any organization that embraces Small Data faces considerable limits on its growth, revenue, and ultimately profits. The larger point is that, if you’re a small company with a fairly conservative reach and ambition, than Small Data may well be the way to go.

However, if you’re a burgeoning enterprise that plans on growing in all sorts of unexpected directions, get away from the Small Data mind-set. Of course, this isn’t just about adopting Big Data tools like Hadoop. Rather, in all likelihood, the products, services, and overall business strategy should require more powerful tools than relational databases. If you’re thinking big, don’t let Small Data constrain you. 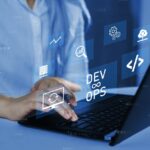 What carries you up will also bring you down