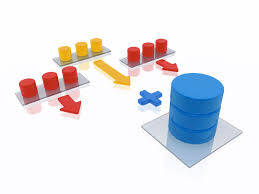 Amazon has long been open about its efforts to displace our reliance on overpriced cable. After all, an Amazon Prime membership includes Amazon Prime Video, which comes with native and re-aired programming.

Last week, though, Amazon expanded its efforts by getting into the TV ratings business – and this is a really big deal. First of all, TV ratings typically work as follows:

Amazon has long been open about its efforts to displace our reliance on overpriced cable. After all, an Amazon Prime membership includes Amazon Prime Video, which comes with native and re-aired programming.

Last week, though, Amazon expanded its efforts by getting into the TV ratings business – and this is a really big deal. First of all, TV ratings typically work as follows:

For Amazon, the company has its eyes set on the testing component. They’re releasing pilot episodes of five different shows and getting feedback in the best way they know how – their beloved five star ratings system.

In all, Amazon’s approach has two distinct benefits over the traditional model:

Not only is this method of selection and production better than those employed by TV executives, it also works to push broadcast media spend into the digital realm, helping digital media to find its footing with ad spend the same way print and broadcast have done for decades past.

Unlike a Nielsen measurement approach, which relies on 200,000 people around the United States watching content and having that measured with a piece of hardware that sits on top of their cable receiver, Amazon knows the content and the duration people spent watching that content, all via an analytics platform as simple and free as Google Analytics (though no doubt Amazon has its own, preferred analytics platform).

Now, imagine Amazon’s audience intelligence in this arena and how it will inform, and ultimately completely dismantle, the current broadcast ad spend mindset. For instance, how much would Procter & Gamble be willing to pay for a 30 second advertising slot in front of an audience with the following known characteristics:

How would P&G alter the content of the ad to speak directly to an audience with these affinities? How would this information influence the shows during which P&G chooses to advertise? And, better than all, how would P&G work with Amazon to A/B test which ads result in the highest ROI – ultimately creating a brand/agency-like partnership between two digital media and commerce giants?

The answers to those questions are the beginning to a data-driven genesis in media consumption – and we’re all about to benefit, from the brands all the way down to the consumer. After all, media consumption continues to change, but the way in which that media gets produced is still based on that old, reliable model of supply and demand. Amazon wants to upend that process, encourage more Amazon Prime memberships, and ultimately drive increased sales from the Amazon store, all while building strong partnerships throughout the online TV media consumption industry.

Checklist to Follow When Hiring and Managing Data Scientists

7 Data Collection Tools Every Company Must Have