I’m a frugal kind of guy, and yet I can’t stand to waste money on something so low quality that I have to replace it sooner than later. 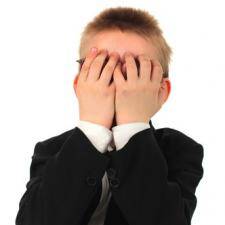 You can imagine my excitement, then, when Google’s marketing team told the world about the Nexus 4—a great phone at an unprecedented price. Still I waited. The goddess of finances (read: my wife) had to be consulted, cajoled, and convinced.

I’m a frugal kind of guy, and yet I can’t stand to waste money on something so low quality that I have to replace it sooner than later.

You can imagine my excitement, then, when Google’s marketing team told the world about the Nexus 4—a great phone at an unprecedented price. Still I waited. The goddess of finances (read: my wife) had to be consulted, cajoled, and convinced.

I ordered my Nexus 4 on November 30, the second release date after the original ordeal of Google having sold out worldwide in less than an hour only 2 weeks before. I was sure that Google had done its homework, looked at the stats, and had LG crankin’ out those little Nexus 4s at break-neck speed to meet the demand. Surely they wouldn’t re-release until they were ready to handle the volume!

I paid for the 16-gig version, a mountain of taxes, and a hefty $14 shipping fee (Amazon Prime’s free two-day shipping has spoiled me) and waited. For a month. And I was one of the lucky ones to get it early.

Here are 4 retail BI lessons that every retailer needs to learn from the great Google Nexus Retail Fail:

Columnists, geeks, and worldwide masses have been scratching their heads for a month and a half, asking themselves, “How could Google not have prepared for this kind of demand, not just once but TWICE?” In other words, where the #@*! was their business intelligence?

If anyone has resources, it’s Google. I have no doubt that their fulfillment team, their web team, and their suppliers were all trying to sync up, but multiple data sources, time, and distance can even trip up giants like Google.

One can only speculate on how things might have been different with a real-time dashboard for all of the stats from every department, but retailers should think twice before flying partially blind into a major launch.

2. The Age of the “Department” Is Over

The stark lines between each of your departments is quickly melting away as silos of responsibility give way to desperate need for information. Google’s marketing team did a phenomenal job (well, they sold me, anyway), but what is marketing without fulfillment? What is fulfillment without web support? What is web support without finance?

We’ve always relied on each other, but as Google has so inadvertently demonstrated, we rely more than ever on each other’s stats in real time, not just in monthly or weekly reports.

Again, no one doubts that Google had plenty of measuring tools. You’ve also made important investments in your retail data, but it’s virtually impossible to sync the entire company’s information when your Taleo data is locked in its own platform, your SQL info is only shown in a spreadsheet, and your Google Analytics aren’t built to reflect a highly particularized question.

You need to be able to watch the impact of Radian6 stats on info from Magento, measure UltiPro data with Responsys, or identify false correlations that divert hard-earned revenue to inefficient campaigns. In other words, you need an executive management platform.

4. Where Was Google’s Pre-order?

Ok, so maybe it’s a stretch to say BI fixes this, but seriously—Google had nothing to lose and everything to gain with setting up a pre-order! Lack of data strikes again.

I’m not hating on Google—in fact, my Nexus 10 tablet is getting to my house today, and I’m super excited. But the customer experience and the PR could have been a hundred times more positive if Google’s departments lived in a data democracy. How ironic.