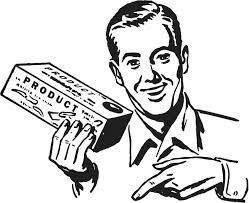 The official theme of the Gartner BI Summit Europe a couple of weeks ago was "the BIg discrepancy": the long-standing gap between our business intelligence / performance management aspirations and the reality of most organizations today.

This is my subjective summary of the themes I heard most about during the conference.

In the traditional skit opening, Star Schema sang "‘I’ll BI watching you". I learned that Andreas Bitterer is an accomplished musician — and that Nigel Rayner is an extremely brave singer. As Gartner announced recently, business intelligence is the #1 technology priority for CIOs for the 4th year running.

This is clearly an indication of the increasing growth and importance of BI as it moves into the mainstream. But it also shows that the problems that pushed organizations to invest in business intel…


The official theme of the Gartner BI Summit Europe a couple of weeks ago was "the BIg discrepancy": the long-standing gap between our business intelligence / performance management aspirations and the reality of most organizations today.

This is my subjective summary of the themes I heard most about during the conference.

In the traditional skit opening, Star Schema sang "‘I’ll BI watching you". I learned that Andreas Bitterer is an accomplished musician — and that Nigel Rayner is an extremely brave singer.

As Gartner announced recently, business intelligence is the #1 technology priority for CIOs for the 4th year running.

This is clearly an indication of the increasing growth and importance of BI as it moves into the mainstream. But it also shows that the problems that pushed organizations to invest in business intelligence remain intractable. In comparison, the #1 priority five years ago (security) is now far down the list, presumably because the more serious issues were effectively addressed.

Andy Bitterer’s opening presentation emphasized that BI strategy is about far more than choosing with products to implement: ""When I ask you what’s your BI strategy, please don’t give me the name of a vendor!"

But his remarks also made it clear that a real-life BI strategy could and should include a process of standardization and consolidation:

Network Rail is responsible for the UK rail infrastructure that carries over one billion passengers a year. Enterprise architect Christopher Stanley gave a great overview of Network Rail’s "joined-up approach" to information management — a critical part of their plan to reduce operating expenditures by 21% by 2014.

Historically, Network Rail had a very fragmented approach to management reporting. Although a big part of Network Rail’s business is all about asset management, information was not being treated as a business asset.

One of their first steps (influenced at least in part by a white paper I wrote a few years ago on "practical steps to BI standardization") was to implement a thorough information audit  — talking to the business users, asking them what information they used, and why. The audit revealed many home-grown, fragmented, spreadsheet-based, manually-operated systems, and sub-optimal use of system resources.

Network Rail’s BI Strategy included implementing standard processes and tools, and consolidating duplicated resources — for example, to reduce the number of data warehouses within the organization.

Like all other organizations, data quality is an ongoing problem at Network Rail — especially because: some source systems are owned by other organizations; information must be shared with their customers and partners; and because the data is subject to regulatory compliance. Cross-functional "data specialist" teams have been created to ensure a coordinated technical and business process response.

When asked for "three things the audience should do tomorrow", Chris mentioned doing an audit, putting in place standards, and fostering communication between different projects.

As several speakers at the conference pointed out, every winner of Gartner’s BI Excellence award has had some form of BI Competency Center: a group dedicated to the successful use of information across the organization.

The form, staffing, responsibilities and governance of a BICC vary greatly between different organizations, but it seems that a rough practical consensus is forming.

The first steps towards a "real" BICC can be run by central IT, such as an architecture team. For example, Network Rail has been successful so far without a formal BI competency center. An early attempt failed because there no single senior sponsor who was willing/able to take responsibility for such a broad overview use of information. Instead, they have chosen to implement a "virtual" or "stealth" approach.

Projects are currently governed by a project coordination group (or "program office") they call the Design Authority — over time, it is hoped that this will become a fully-fledged BICC, with a focus on data architecture, people, and process.

EPV has been in operation since 1995, and now has over 1400 users and 14 different "reporting suites" for different business areas. Jane is the "owner" of the system and reports to the finance function. She works with a BI Competency Center that reports to the IS organization, and the technical infrastructure (databases, etc.) for the BICC is supported by a shared service function.

The BICC has a 3:1 ratio of contract staff to permanent staff in order to adapt to swings in demand for projects. The BICC is "self-funding": modifications and adaptations to existing report areas are covered out of a general budget, but new projects and major upgrades must be financed by the business units. The BICC has put in place a series of standards for tools and processes and has close links with the various business support teams.

Over the first years of operation, it became clear that having strong standards in place was not enough to ensure the long-term success of the project. Faced with strong demand for its services, the BICC had a tendency to become a "project delivery" group.

In particular, the group struggled with:

To respond to these problems, Jane (like Chris at Network Rail), identified the need for a "Design Authority", a regular meeting that brings together the wide range of technical and business leaders required for more strategic changes to EPV (BICC program manager, architects, system owners, business leads, etc.).

The DA meets for four hours every two weeks — attendance is encouraged, but not mandatory. The meetings offer an opportunity to take a break from day-to-day delivery pressures and deal with longer-term strategy. It is not merely a discussion group — decisions made by the DA have to be implemented by the other teams.

As the systems owner, Jane chairs and organizes the meetings, and funds all DA activity including pre- and post-meeting work, attendance at meetings, proofs of concept, etc.

Jane gave an example of the type of issue that can now be dealt with more effectively than before: handling email alerts from the supply chain monitoring system. Various options are technically possible (e.g. just sending link, sending link with report, etc.). There are pros and cons of each approach, and the meeting brought together the people needed to balance the technical and business needs.

In addition, the DA steers some cross-functional projects, such as the upgrade to the BusinessObjects XI infrastructure.

Benefits of the DA include:

The work of the DA has been temporary, however. It has now "stepped down", and part of the work (such as technical governance) will be moved into the BICC responsibilities.

It is replaced with a "BI Excellence Council" that focuses on strategy issues and meets on a quarterly bases. One focus will on maintaining an coherent BI landscape while the organization standardizes their business applications. Jane expects the overall approach to BI governance to continue to develop over time.

The BI megavendors (SAP, Oracle, Microsoft, IBM, with HP perhaps "waiting in the wings") dominated much of the discussion at the conference. A later session called "Comparing the Megavendors: How do IBM, Microsoft, Oracle, and SAP Stack Up?" summed up the competitive position of the different vendors as:

Oracle & SAP were characterized as application-centric, IBM & Microsoft as infrastructure-centric There was a separate session on open-source BI, but in general there seemed to be relatively little interest among the (self-selected, so perhaps biased) audience in either open source, SaaS, or the remaining independent BI vendors.

In the afternoon, James Fisher, Donald MacCormick, and I did the SAP solution session: "Standardization and Innovation: The Yin and Yang of BI", covering:

It was hard to cram all the information we wanted to cover into the 30 minute slot, but audience feedback was positive.

Click here for a copy of the presentation (powerpoint format, pdf format). (And please contact me if you have an audience that might be interested in seeing a version of this presentation, either live or via webcast.)

The Future of Decisions

Several presentations pointed out the importance of decision-making, and how it is relatively poorly-supported by current technology. For example, Gareth Herschel gave a great presentation called "Does BI = Better Decisions" that included an overview of all the many issues that get in the way of effective decision-making above and beyond getting the right information.

He explained that "We make millions of decisions every day", but that "BI touches only a very few of them today," The presentation had three main themes: "How can we use analysis to drive decisions, how do we ensure that decisions are driven by analysis, and what else do we need for good decisions?"

Gareth cited technologies such as text and speech analytics and social networks as examples of how this area will be better supported by technology in the future.

Performance Management Showdown: The CEO vs. the CIO

They defined performance management "Nirvana" as:

Nigel Rayner canvassed the audience — very few people indicated that they had already achieved this level. Mark Raskino explained that it was very easy to forget that CEOs have to deal with a very large breadth of issues, and that it was essential to keep things as simple as possible. Complexity is a very real problem in the industry. To a CEO, almost everything is infrastructure, because the term "infrastructure" is often used to mean "everything below what I am interested in."

He described the typical CEO’s reaction to the ongoing problem of not being able to get the information they need: "I tried throwing money at IT, but that didn’t work. Now I’m trying to keep it lean — but that doesn’t work either."

CEOs believe that "CIOs need to step up". CIOs spend 1/3 of their time on infrastructure, a 1/3 on vendors, and only a 1/3 on business issues.

In a recent survey, CEOs wanted three things from CIOs:

One big issue (from Frank Buytendijk of Oracle, and the others heartily agreed): Management systematically exempts itself from any examination of its own processes.

According to Raskino, it might take a generation to see any changes. In most organizations, the top and bottom of the organization turn over fairly rapidly, but in the middle there’s a "permafrost" layer that are extremely good at pretending to agree to changes. The recession may cause some "company near-death experiences", which may facilitate change faster.

In conclusion, one could say that the real "BIg discrepancy" that is blocking BI success is between the CEO and CIO.

The conference was "covered" on Twitter by @markraskino, @shawnrog, @lorita, @aristippus303 and others (I’m @timoelliott). See twitter posts with the #gartnerbi tag.

How to Analyze the True Effectiveness of Your Website

AI Is Transforming CBD Rapidly Into A Massive Billion-Dollar Industry