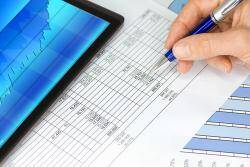 Data Governance Begins at the Spreadsheet

Image via Wikipedia As you may have heard Telstra, Australia’s largest Telco and ISP and the provider of almost all current physical telecommunication network assets across the country, has been excluded from the governments tender process for a $4.7b proposal…

As you may have heard Telstra, Australia’s largest Telco and ISP and the provider of almost all current physical telecommunication network assets across the country, has been excluded from the governments tender process for a $4.7b proposal to roll out a new broadband network.  The reason for this exclusion is apparently because Telstra left out one of the key requirements in its proposal, details on how it would make use of Australian and New Zealand SMB’s during the network roll out.
I am personally against the government’s broadband rollout plan.  For me this is not the role of government.  Every other example I can recall of government supported monopolies produce terrible results, even when those monopolies exist in the private sector but are government supported.  Typically those monopolies provide poor service, have long delays in acquiring services, are slow to upgrade services and are slow to innovate on top of such services.  The only fix for such monopolist habits is to break the monopolies by introducing completion.  The government’s objective shouldn’t be to fund the roll out of infrastructure itself but instead the government should manage regulation and resolve impediments to creating a commercially viable environment for such services, and leave the implementation of such services up to the commercial sector.

We have a current example of how having a competitive retail layer built on top of a monopoly infrastructure layer doesn’t work.  All the current ADSL services are built on top of Telstra’s existing copper network and while retailers have lots of competition and different pricing and engagement models, underneath we have a service with no price pressure, and little competitive push to innovate or add value.

This on the surface might seem a bad thing for Telstra but I have a glimmer of hope that it will actually provide some level of competition in the future.  Unless Telstra wants to give up its overwhelming market position as the country’s largest telecommunications infrastructure provider I can see opportunity for Telstra to expand its own network to be competitive with the governments network roll out.  Apparently other tender bidders have requested the Government to legislate to prevent Telstra from constructing a rival broadband network.  If the government decided to do this, this would a shocking day for the free market economy and a dark day for consumers.  Instead the government, if they continue with their own broadband network rollout, must ensure they are providing the same level playing field for any other provider who also wants to roll out a competitive broadband network.